One Laptop Per Child now tax-deductible in Australia 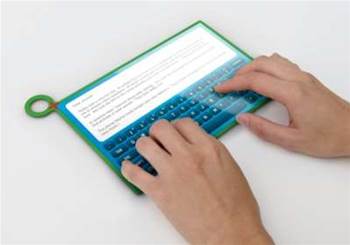 Australia's Federal Government has given the One Laptop Per Child (OLPC) project a boost overnight, announcing that all donations of $2 or more to the organisation will be fully tax-deductible.

Announced by Prime Minister Kevin Rudd and Assistant Treasurer Senator Nick Sherry, the decision to make donations to OLPC Australia runs from May 27 to June 30, 2012.

The government hopes that by extending tax-deductible status for donations to the project, funds will be raised to meet OLPC Australia's target of providing up to 20,000 laptops to indigenous children in rural and remote communities by 2012.

OLPC Australia has delivered 1,519 laptops since 2008 to twenty disadvantaged schools in the Northern Territory, Western Australia and Queensland.

According to the government, the OLPC project "closely complements" the six-year $2.2 billion Digital Education Revolution (DER) program to improve access to a digital environment for secondary students in years 9 to 12. The cost of the tax-deductible listing for OLPC is said to be $2.4 million.

Tax-deductible status allows OLPC to apply for funding from philanthropic organisations. Srikhanta said the organisation will have enough funds to buy over 3,000 new laptops.

"What this status represents is the Australian Government feeling that OLPC aligns with a lot of the public discourse they have created over the past few years," he told iTnews.

While the DER targets school students in Years 9 to 12, OLPC targets children aged between four and 15 who may have limited access to information in their remote communities.

With an eventual aim of providing for all 400,000 children identified by the Australian Bureau of Statistics as those living in remote communities, OLPC Australia has grown rapidly to an organisation of twelve employees in a year.

The Australian project is part of a global initiative founded by MIT Media Labs chairman emeritus Nicholas Negroponte in 2005, which aims to help poor children around the world to gain access to education.

OLPC's XO-1 laptop has been designed to be robust and use little power, and be networked wirelessly. It runs the Linux operating system and features the Sugar user interface.

Almost 1.3 million XO-1 laptops have been deployed since 2007. OLPC is currently working on updating the laptop with the XO-1.5 and XO-1.75 models that have improved hardware and better storage.