Oldfields desktops go to Linux, Mac, and don’t look back 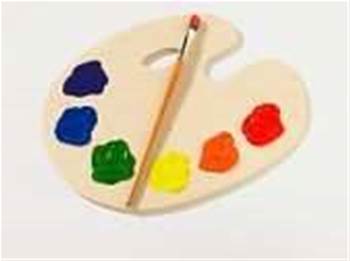 ASX-listed Oldfields has reduced its IT spending from just over three per cent of gross revenue to 1.2 per cent, mainly by reducing its reliance on Windows.

The company, which manufactures and distributes paint brushes and accessories, garden sheds, and operates an aluminium scaffolding hire business, runs a centralised Unix environment "with the exception of two servers", according to manager of corporate technology services, Paul Camillos.

Camillos said that only 25 per cent of the company's 120 users have Windows-based desktops.

Some 40 percent of desktop users run Linux and the remaining users have Macs.

"Our operating environment was predominately Windows when I first got here [seven years ago]," Camillos said.

"We found that by migrating away from Windows we've been able to significantly reduce costs and it's given us a far more stable environment.

"Is it unusual? Yes. Is it smart for us? Absolutely. If I look back at our IT spending four years ago, it was three-and-a-bit per cent not including depreciation and finance charges.

"Now we are at about 1.2 per cent of gross revenue, including all those financial charges too. A lot of that [saving] has been driven down by using non-Windows environments."

Instead, they access thin clients - either 386 or 486s that have been "recycled into dumb terminals" or Hot-e devices from the Sunshine Coast-based ThinLinX that remote boot into Linux terminal services - to get to the company's Pronto Xi enterprise resource planning (ERP) system, which runs the core of its business.

Hot-e is an embedded Linux thin client computer that can be used to substitute a standard PC chassis.

Terminal services is a way of delivering remote access to enterprise applications.

"The key driver to move to Linux terminal services was cost-base driven but also so we can get in and manage stuff in the branches remotely," Camillos said.

"Part of our overarching goal is to get everything remotely manageable from head office. By having terminal services we can restart sessions remotely which fixes 90 per cent of user problems. Reboots of the terminal services boxes themselves are rare."

"Literally the month we pushed Linux out to the branches the number of calls to our helpdesk dropped by 45 per cent," he said.

"Pretty much everyone who has moved [to Linux or Mac] has said they don't want to go back to Windows."

The mix of desktop environments has forced Oldfields to "be more creative" in determining access to Pronto.

Pronto sits on an IBM pSeries Minicomputer in Oldfields' data centre in Campbelltown in Sydney's south-west.

Users access it on thin client devices via terminal services. Some users also have Codeweavers' Crossover virtualisation software installed locally to be able to run the Pronto client.

Oldfields has phase five of Pronto Xi deployed and is making plans to move to the phase six software upgrade unveiled at Homebush in Sydney's west today.

Camillos cited automation and workflow improvements, such as the ability to streamline cross-company transactions, among reasons to upgrade.

He also said Oldfields was about to enter a second round of user acceptance tests for a series of modifications to the phase five system in the coming weeks. The changes affect the way scaffolding assets are tracked in its hire business.

"We're right up there in the aluminium scaffolding business - if we're not number one we're that close," Camillos said.

"We're doing some extensive modifications to the rental system to streamline the tracking and management of fleet assets in branches. We've got hundreds of thousands of items scattered nationally and want to understand what our usage rates are on a daily basis."

The modifications, being coded by Pronto, will assign a pool of serial numbers to a branch based on the number of scaffold components stored there.

When assets are rented, they are assigned a range of numbers in Pronto before being checked out of the system. Once they come back in, the number is re-added to the ‘pool'.

It is hoped the modifications will enable better tracking of assets without having to go to the expense of tying a unique serial number to each asset.

"You can't track each piece by serial number but it still gives us an understanding of how pieces are moving and what's coming in or going out," Camillos said.

"We want to be in a situation where if the system says we have 37 pieces and there are 37 pieces in the shed, there's no problem. We're trying to walk the fine line between tracking it too far and not enough."

Pronto's managing director David Jackman said he anticipated the majority of customers would upgrade to phase six within six months.

"We release an upgrade every 18 months and customers get them as part of their maintenance contracts," he said.

Jackman did not anticipate financial uncertainty holding customers back as long as the upgrade projects were designed around fast return-on-investment and payback.

"When customers see the business benefits and features in the new product, they get excited about what they can do with it and are prepared to go through the upgrade process," he said.