Office 365 users to get Yammer for free 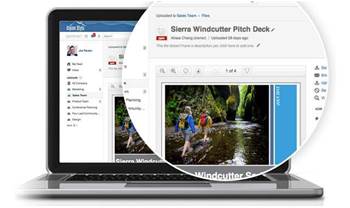 Commercial users of Office 365 will from today start getting enterprise social networking tool Yammer by default with their service as part of Microsoft's effort to ward off rivals like Slack and Facebook at Work.

The company today said it would turn on Yammer by default for all its eligible Office 365 business users in waves over the next few months.

Business customers with fewer than 150 licenses will get the service from today. From March 1 it will arrive for those with up to 5000 licenses, and from April 1 all remaining Office 365 business and education customers will get the social tool by default.

Yammer will also be included by default for any new Office 365 business customer who subscribes from today.

Since its purchase of Yammer in 2012 Microsoft has been working to integrate Yammer directly into Office 365. It today said it had completed these foundational efforts, shifting Yammer into Microsoft-managed data centres and integrating the tool with Azure Active Directory.

Microsoft said every Office 365 user with a Yammer license will soon be able to access the tool from the Office 365 app launcher or from Sharepoint, Video Portal, Delve and Skype Broadcast.

The company said it would deprecate the Yammer Now mobile app on March 4 as it shifts Yammer to leverage Skype for Business for real-time capabilities.

It also confirmed it was still planning to hook Yammer into the Office 365 Groups service in the first half of this year. This will allow users to move Yammer conversations into Skype calls, schedule meetings using Outlook, access files in OneDrive, and create tasks in Planner from their Yammer group.

The move comes as Facebook prepares the public release of Facebook at Work, the version of its social network for businesses.

Facebook has been testing the service for a year and has only opened it up on an invite basis.

More than 300 companies, including Heineken, Royal Bank of Scotland and jewellery company Stella and Dot, are currently using Facebook at Work.