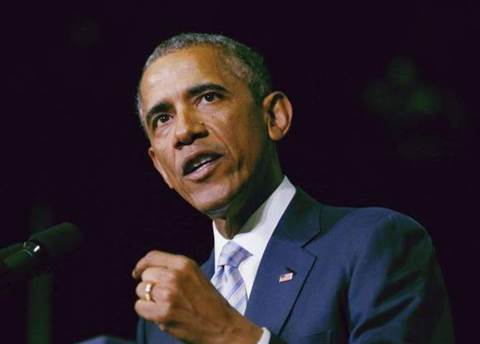 US President Barack Obama has proposed national data breach notification laws that would give organisations 30 days to report a breach as part of plans to better protect the data and privacy of American citizens.

Following an attack overnight on the systems and social media accounts of the US Central Command - which leads US military action in the Middle East - Obama addressed the US Federal Trade Commission on the inherent risks of doing business online.

"Major companies get hacked. America's personal information, including financial information, gets stolen. And the problem is growing and it costs us billions of dollars," Obama said.

He proposed a new national standard that would require companies to tell consumers within 30 days from the discovery of a data breach that their personal information has been compromised.

He also asked Congress to codify into law a "Consumer Privacy Bill of Rights" that the White House created in 2012 designed to empower consumers to have a say in how companies use big data techniques to harvest and sell data from a consumer's digital footprint.

Obama also said he wants to stop educational software companies from selling data they collect from students through educational apps and programs to third parties, or using the data for targeted ads.

Obama's legislative proposals are part of a preview of his Jan. 20 State of the Union address in which he will seek to highlight areas of common ground with Republicans who control the US Congress.

Congress has long wrestled with how to beef up federal laws to protect consumers and their privacy, a struggle that intensified after hackers stole massive amounts of credit card data from companies like Target and Home Depot, as well as the more recent attack on Sony Pictures.

"It’s one of those new challenges in our modern society that crosses the old divides - transcends politics, transcends ideology," Obama said.

Obama will meet congressional leaders this week, and cybersecurity will be on the agenda, Republican Senator John Thune, chairman of the Senate Commerce committee, said in a statement. Thune criticised Obama for not getting personally engaged on cybersecurity issues earlier.