Obama plans billion-dollar spend on computer science in US schools 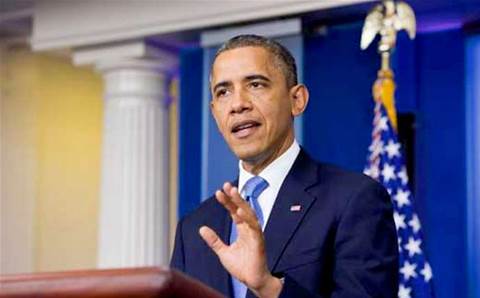 According to the White House, over 600,000 tech jobs were left vacant in the US last year across range of industries.

The US government is now proposing to fund IT education efforts in this year's budget, with US$4 billion (A$5.65 billion) provided to American states and US$100 million given directly to school districts.

A further US$135 million of computer science funding will made available from this year via the US National Science Foundation, as well as through the Corporation for National and Community Service organisations.

The money is intended to help train teachers, provide access to high-quality instruction material and build regional partnerships as part of the Computer Science for All program.

Private industry is also being asked to chip in. Around 50 organisations have already committed to working with the government on expanding access to computer science education, the government said.

Computer science is deemed vital for the US economy, but access to IT education is limited, the administration said.

Even when access is available, only 15 percent of US high schools offered advanced placement computer science courses last year, with most taken up by male students, it claimed.

Just over one-fifth of pupils who took the AP course exams were girls, and a mere 13 percent were African-American or Latino students, a dynamic the Obama administration blamed on "media portrayals and widely-held stereotypes".

As a result, the US technology workforce comprises less than one-third women, and less than 3 percent are African-American, the US government said.