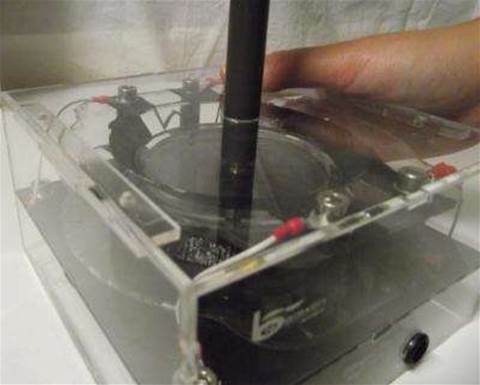 Bioengineers from the University of Auckland have developed cheap, lightweight rubber power generators that could harvest up to a Watt of power if embedded in shoes.

The researchers built on ‘dielectric elastomer generator’ technology that used the movements of a flexible, non-conductive material to build up charge in attached electrodes.

The Auckland researchers aimed to replace those bulky, heavy parts with flexible, integrated components that would be more easily embedded in clothing.

“Conventional electronics are quite hard and heavy,” explained Thomas McKay of the University’s Biometrics Lab.

“What we want to work towards is something that’s wearable ... but that might be a few years away yet.”

While other, international research groups looked to exploit the piezoelectric effect for motion-powered electronics, McKay said ‘artificial muscles’ were far cheaper to manufacture.

He further explained that piezoelectric materials favoured quick motions, while artificial muscles were more suitable for “large, slow motions” like those performed by humans.

In a paper in Applied Physics Letters this week, the Auckland researchers described building a 110-millimetre-wide, plunger-shaped generator capable of producing 10 milliwatts of power.

McKay estimated the hand-pumped generator to have cost NZ$5 ($3.70) to manufacture, and an additional NZ$20 for its Perspex case, noting that it comprised commercially available rubber and carbon grease.

“One of the most exciting features of the generator is that it's so simple; it simply consists of rubber membranes and carbon grease mounted in a frame," he stated.

"We've developed a low-cost power generator with an unprecedented combination of softness, flexibility, and low mass. These characteristics provide an opportunity to harvest energy from environmental sources with much greater simplicity than previously possible."