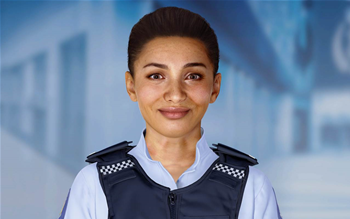 New Zealand Police intends to station an animated "digital person" driven by artificial intelligence at its national headquarters from next week, as part of its technology modernisation program.

Called Ella, the AI can talk to visitors about different police topics while emulating face-to-face interactions with peoiple, and learning from them, Commissioner Mike Bush said.

Ella was developed by New Zealand companies Arcanum and Soul Machines, and Bush said the AI is a proof of concept with basic capabilities only at this stage.

Bush said the aim of the trial is to help police understand if AIs like Ella make sense in a policing context.

While Ella won't at this stage do any police work, Bush said the AI "could eventually provide a variety of non-emergency services and advice in more places and on more devices."

One of the devices Ella could appear on are the Police Connect self-service kiosks which are being deployed in stations around the capital Wellington.

People can also use the kiosks to speak to the police and to find answers to frequently asked questions.

Bush said that after the trial concludes, NZ Police intends to roll out the kiosks to other stations and possibly be deployed in shopping malls, transport centres and at major events.

People can obtain policing information through the app, including emergency alerts and media releases.

The app can also be used to report non-emergency 105 number matters online, and get updates for them. If required, app users can also contact police quickly on the 111 emergency number.

People can also pay infringement fees and parking tickets through the app, and check if vehicles are stolen.