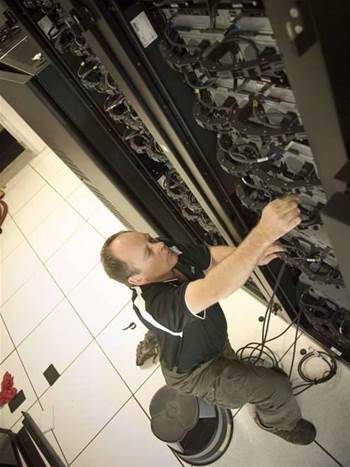 An unknown intruder broke into the New Zealand National Institute of Water and Atmospheric Research (NIWA) supercomputer late last week but was not able to inflict significant damage.

A statement issued by NIWA chief executive John Morgan acknowledged the computer had been accessed by an unauthorised person last Thursday.

Upon discovery of the hack, the machine was disconnected from the research institute's network and switched over to back-up facilities nearby.

The supercomputer's manufacturer IBM and the New Zealand Government cyber security centre will check and restore the supercomputer before it is started up again, but Morgan said the hacker did not get beyond the machine, which did not store any sensitive data.

The computer - named FitzRoy - was installed at NIWA in 2010 at its Wellington facility, and is used for weather and climate prediction research.

FitzRoy is based on an IBM System P575 Power6 supercomputer with supporting systems, and is similar to the machine used by the UK's MetOffice.

The supercomputer facility cost NZ$12.7 million (A$11.75 million) and currently has a peak performance of 34 tera floating point operations per second (tFLOPS).

NIWA has been contacted for more details of the incident.