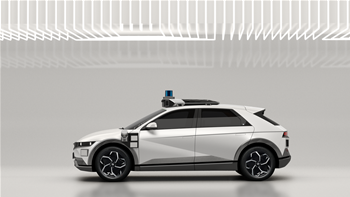 Future ‘robotaxi’ pilot on the cards.

Transport for NSW is set to begin investigating driverless ride share services with US autonomous vehicle company Motional in a partnership that could see a future ‘robotaxi’ piloted.

As questions over the safety of self-driving continue in the wake of incidents in the US, TfNSW revealed it would begin working with Motional to lay the foundations for an Australian-first pilot service.

Motional, a joint autonomous driving venture between Aptiv and Hyundai that formed late last year, has been testing driverless ride sharing services overseas for the past five years.

Since launching the world’s first robotaxi pilot in Singapore in 2016, the companies have conducted an extensive three-year pilot in Las Vegas that was originally planned for just a single week.

More than 100,000 self-driving rides have now been completed since the pilot began in 2018, with Motional now turning its attention to commercial deployment in 2023.

TfNSW deputy secretary for customer strategy and technology Joost de Kock said the new partnership would allow the agency to understand how such a robotaxi service could work in NSW.

“We need to start thinking about a number of factors such as locations and infrastructure, passenger demand, connections to public transport and the benefits to local communities,” he said.

While TfNSW has previously trialled autonomous vehicles, starting with a driverless shuttle bus in Sydney’s Olympic Park in 2017, pilots have been limited to less populated areas to date.

TfNSW revealed plans to trial full-sized driverless commuter buses on some of Sydney’s busiest public transport routes by 2022, though this has likely been delayed by the pandemic.

“We’re looking forward to working with TfNSW to better understand NSW’ transportation infrastructure, mobility needs and how driverless vehicles can play a position role,” he said.

“The work we are doing will lay the groundwork to inform important decisions about this technology down the road.”