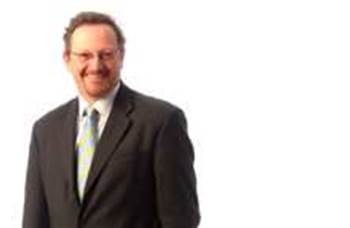 The New South Wales Office of State Revenue (OSR) has kicked off a proof of concept trial of hosted email services in a strategy that will prove a test-case for State Government cloud adoption.

OSR chief information officer David Kennedy made a case for shifting email services to a software-as-a-service (SaaS) model after first presenting a risk profile report to his stakeholders in which the pros of cloud adoption were shown to outweigh the cons.

Kennedy, who will present his thoughts on cloud computing in greater detail at the IT Financial Management conference in August, argues that the process of analysing the risks involved with porting applications to the cloud are not materially different to any other outsourcing deal.

"The rigour of due process for a cloud project is on par with any other hosted service," he said.

"We had to make sure we were able to do it in terms of our legislative requirements before we formally put together a business proposal," he said.

"I took an initiative to make this happen. We developed a methodology - our own internal risk management approach. It was a trade-off scenario - looking at the risk appetite of the business versus the functionality and cost."

Cloud adoption risks have to be put into perspective, he said. It is all very well and good to ask if a given data centre was guarded by men with AK-47s, but with data shifting all over the network backbone, a focus on the infrastructure itself can be misleading.

Equally, he noted, many organisations don't realise their email is already in the cloud - Blackberry users rarely question that their messages have been routed via servers in Canada.

The OSR's proof of concept trial will now determine which of Microsoft's BPOS suite and Google Apps Premiere Edition will provide better value for money, whilst improving the efficiency of services offered to the OSR's user base.

Kennedy asserts that his IT department is becoming a "trusted service provider" to the end-user organisation, rather than an infrastructure shop. The focus is shifting, he said, from technology to outcomes.

"The technology is everywhere today," he said. "Our role is to be a trusted advisor."

But that outlook hasn't come without some internal friction.

"There was a lot of questioning within the organisation," he said. "It's a paradigm shift within IT itself. We have always felt the need to touch and feel the infrastructure. There is a change of mindset required now.

"Inevitably, [cloud computing] will happen more broadly, as the New South Wales Government moves down the road of a shared services model," he said.

He expects to share the results of the proof of concept trial with his colleagues at the NSW Government CIO Office.

"There has been a lot of interest in this across the Government," he said.