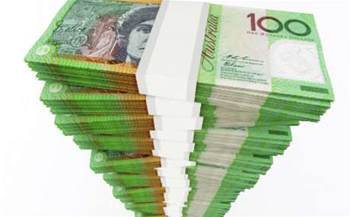 The NSW government has been forced to spend an additional $3.7 million cleaning up defects and clearing out backlogs from its LifeLink births, deaths and marriages database, after rushing the troubled system to completion in June 2014.

LifeLink will likely have a long reputation within the NSW public service as one of the most ill-fated and drawn-out IT projects in recent history.

It represents the third attempt by the NSW Registry of Births, Deaths and Marriages since 2002 to replace its paper-based system for recording the life events of NSW citizens, after two consecutive contracted vendors failed to deliver.

Hoping to be third-time-lucky, BDM kicked off its final attempt in 2010.

Today, the agency says the system is “performing adequately” and most warranty defects have been resolved.

However, the state’s audit office has revealed the agency spent another $3.7 million on top of the project’s $17.3 million cost in 2014-15 fixing problems with the live system and working through the jobs that backed up during the implementation phase.

It was also forced to hand over $1.9 million worth of free transactions to customers due to system issues.

The agency has just completed a post-implementation review of the LifeLink build, and NSW acting Auditor-General Tony Whitfield has urged it to heed the lessons learned from the difficult project so it never has to endure such a painful exercise again.

The review found that the agency underestimated how long the project would take, how much it would cost, and the kinds of skills staff working on the program would need to see it through successfully.

It recommended the agency adopt processes at the business planning stage of upcoming projects that will validate its assumptions when it it comes to similar project parameters.

The office also suggested the agency consider third-party independent monitoring of project performance and contract delivery in the future.

It complained that the hard go-live date was deemed “non-negotiable” despite clear project status shortcomings and risks.

The Auditor-General has also advised the agency to fix up its procurements processes and document management, after deeming its approach to LifeLink a little ad-hoc.

BDM has been told to review change management functions to make sure it is “used to keep the project honest about what it should achieve and for whom”.