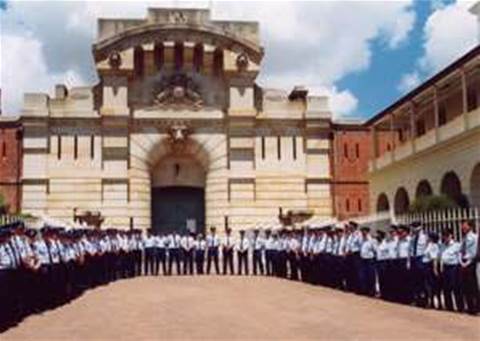 The New South Wales Department of Corrective Services is looking to integrate the fingerprint and iris detection systems used across several of its 34 prisons.

With 10,000 inmates and 400,000 visitors in New South Wales prisons every year, the Department of Corrective Services' biggest challenge is positive correct identification of all persons arriving and leaving a correctional centre.

Peter Hay, director of asset management at the Department told the Biometrics Institute conference today that several maximum and medium security prisons in New South Wales use fingerprint and iris scanning to verify the identity of visitors to its facilities.

But these systems, he said, were built by different vendors, using different templates with the data stored in different databases.

"At the moment we are operationally linked, but not technically," he said.

Hay has been charged with upgrading the hardware and software in 14 of these systems in a project due to be complete by June.

Alongside the upgrade, the Department is shelling out $1.5 million to link its various biometric systems into a proposed "single point of biometric truth", to be controlled from a central facility in Sydney.

The project has been in the planning for "a challenging 12 months", Hay said, as it has meant convincing five separate product vendors to "work closely together for a common solution."

NSW prisons use biometric devices from Argus Solutions and Biometric Innovations, templates from Sagem and LG and an offender management system from Syscon Justice.

Hay defended his decision to maintain several vendors - claiming the decision has given the department "more options, more control and some really good value for money" while still allowing the vendors to stay in "a long term business relationship" with the prison authority.

"One of the biggest challenge is getting people within the organisation to reach consensus," he said.

The integration work is expected to completed by the end of October.

By 2010, Hay said the department will aim to link this consolidated system with the department's Inmate Management Systems and eventually with the systems of other NSW law enforcement agencies (such as NSW Police's COPS and CrimTrac).

The Department will also install inmate kiosks within the prisons where prisoners can "register to see such information as how long they have left to serve or the status of their account."