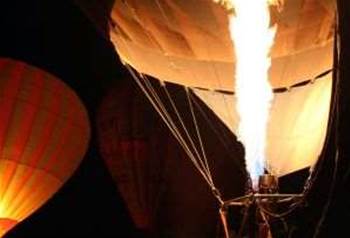 Worth persevering for "sound financial investment" in Justice, registry systems.

Two IT projects at the NSW Department of Justice and Attorney General have been highlighted for running over budget and time in the Auditor-General's latest report to State Parliament.

Development of LifeLink commenced in 2006. It was expected to cost $8.2 million and replace the Registry of Births, Deaths and Marriage's core IT system by 2008.

It was now to be delivered in three releases between Q4 2011 and March 2012 at a cost of $20.2 million, after initial complications with IT contractor UXC.

The UXC contract was terminated in November 2009 for "failure to deliver its milestones on time". The Registry subsequently was awarded $2.6 million in damages, Achterstraat reported.

According to a spokesman for the Registry, a replacement supplier had been selected from the NSW Department of Services, Training and Administration's 2020 panel contract.

The Registry has drafted and forwarded a fixed price delivery contract for approval by the NSW Attorney General. The supplier was not named.

Despite the Auditor-General's assessment, the Registry viewed LifeLink as "a sound financial investment" that would "generate ongoing benefits of some $11.1 million per annum".

"This program draws no funds from either Departmental, or government capital programs," the spokesman told iTnews. "It is funded entirely by the Registry."

Noting that the Registry's existing 'LifeData' system had been in place since 1993, the spokesman said LifeLink would reduce operational risk and cost, compared to maintaining the obsolete system.

LifeLink was citizen-based, rather than event-based, she said, and would strengthen security and reduce fraud while improving customer service, reporting and information exchange with other government agencies.

Meanwhile, JusticeLink was completed in June 2010 for $54.5 million after significant increases in the project's original scope.

JusticeLink served the NSW Supreme, District and Local Courts, facilitating case management, document transfer and the exchange of data with other justice agencies such as Police and Corrective Services.

When the project was conceived in 2001, it was initially named 'Courtlink'. It was expected to be completed in 2006 at a total cost of $30.6 million.

Auditor-General Achterstraat noted in his report that the Department of Justice and Attorney General considered the differences in scope and design "so significant that the projects' costs and budgets should be separated".

The Department told the Auditor-General that the delays and revisions were due in part to inadequacies in the original software package from KAZ, which is now owned by Fujitsu.

Other reasons cited were: the complexity of the NSW Court system; a lack of clarity in design specifications; changing legislation, re-engineering of processes, and emerging inter-agency needs.

"The scope of the initial project was extremely limited and did not include the Local Court - which deals with more than 90 percent of the state's court cases - or eServices," a spokesman for the Department of Justice and Attorney General told iTnews.

"JusticeLink was designed to be adaptable to future changes to the law. The software separates the business rules from the core system, which will reduce the time and cost of modifying JusticeLink when laws and legal procedures are changed."

Future changes to JusticeLink were expected to be carried out by Fujitsu, with normal government tendering processes applying where possible.