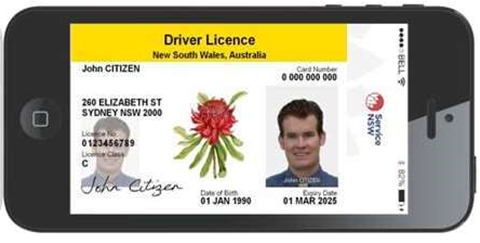 The NSW government has introduced legislation that will make digital driver’s licences and digital photo cards available to citizens across the state by the end of 2019.

He called it “a significant step forward in delivering on the NSW government’s commitment to digital transformation” that would provide citizens with “greater convenience, choice and security”.

The legislation will allow for the digitisation of driver licences and photo cards in NSW “on an opt-in basis”.

“Once launched, the people of NSW will be able to opt-in to receive a digital driver's licence and digital photo card,” he said.

“These will essentially constitute a digital representation of a person’s physical driver's licence or photo card.”

The bill has been informed by feedback from a trial of digital driver's licences in Dubbo over the past four months, in which 1400 residents took part.

Dominello said the four month trial had “generated very high levels of satisfaction … with a net promoter score of 83-plus”.

Under the new legislation, citizens will be responsible for ensuring they can produce either a digital or physical version of their driver licence when requested to do so by police or other law enforcement officers.

However the design of the digital licence, which is “encrypted and stored securely on a person’s device”, means that network blackspots aren’t an issue.

The bill also addresses privacy concerns by only requiring a driver to display their digital licence to police.

“Under the proposed amendments in the bill, a driver will not be required to give their device to an officer to display their licence.

“However, a driver may be required to assist with the reading, copying or scanning of the digital driver licence.

Police will be able verify a digital licence by using traditional means - such as several visual security features or by radioing back to a station for more information.

Officers can also use a MobiPol device, which “scans a digital driver's licence to initiate a search against backend police systems”.

The new digital licences are also expected to hand citizens “more control and transparency over how the personal information of their licence is shown and shared with others”.

“The reality is that a digital driver licence or digital photo card brings a multitude of additional benefits and protections of users,” he said.

Dominello pointed to the “major inconvenience” of having to replace a physical licence after losing it, which a digital driver's licence would avoid.

“You will even know if it is used by someone who is not you as you will have access to an activity log, just like you have with your Opal card.

“This tangible security and fraud benefit comes with the digital driver's licence and simply is not available with the physical card.”

Update Wednesday 23 May: The bill passed through both house of parliament unamended.