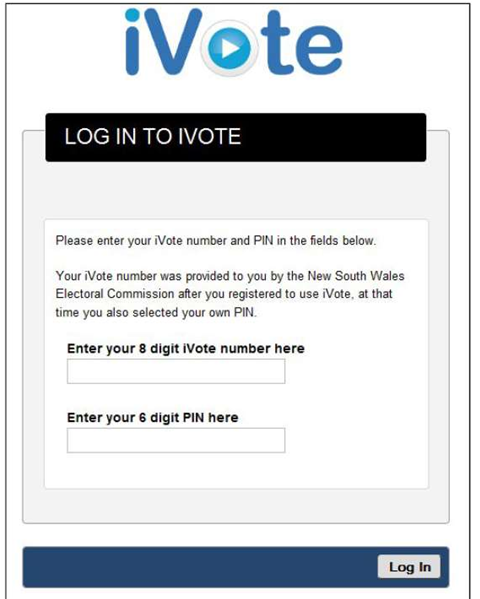 The NSW Electoral Commission has invited pitches from suppliers to replace the core system behind iVote in preparation for increased use of the online voting system at the next state election.

It follows the passage of legislation allowing previously ineligible voters to use technology-assisted voting in NSW's general elections and by-elections.

The existing iVote system was originally introduced for the 2011 state election as a way for blind and vision impaired citizens to vote independently and privately.

It has since been expanded to support those voting from overseas or interstate.

However, the Electoral Bill 2017, which quietly passed into NSW state law last week, changes the eligibility criteria for the use of iVote so it now extends to registered early voters and silent electors.

iVote is currently made up of three systems: registration and credential management, core voting, and verification. Only the core voting system is provided outside of the agency and is currently supplied by Spanish vendor Scytl.

NSWEC began looking for suitable off-the-shelf software in May that could replace the online voting system’s current core platform, before scoring $5.4 million in this year’s state budget to upgrade the system.

It has now opened the formal market process to upgrade or replace the core voting system, with a particular focus on improving “system security and voting protocol integrity”.

The upgraded system would also support more than one election at a time, reduce complexity around vote integrity checking, and support a number of different languages.

While the core voting system is the central focus of the project, the agency is also open to replacing the internally developed verification system.

NSWEC will continue to provide the registration and credential management system in-house "to retain the separation of register and vote components".

“The separation will be maintained to reduce the risk of a single security breach impacting vote secrecy or vote integrity, as for the current version of iVote,” tender documents state.

It is envisaged that each of the three components would be “hosted in a separate hosting environment with both physical and logical separation”, while operational responsibility would be separate to minimise the risk of individuals influencing the “configuration or setup of the systems to enable an insider attack”.

Any new system will also have to meet the 11 essential principles agreed to by the Electoral Council of Australian and New Zealand in July, where all commissioners vowed “to work together with the future aim of creating a national internet voting system”.

NSWEC is planning to award a contract in March next year, ahead of handing down a review of the current iVote system in May.