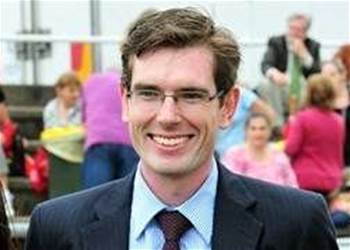 The ministerial reshuffle following the shock resignation of former NSW Premier Barry O’Farrell has handed the state its third IT minister since the Coalition took power in 2011.

Cabinet newcomer Dominic Perrottet will take over the Finance and Services portfolio – which includes responsibility for whole-of-government IT decisions – following Andrew Constance's promotion to the role of NSW Treasurer, recently vacated by new Premier Mike Baird.

Constance took over Finance and Services following the sacking of Greg Pearce in August 2013.

Baird described the Treasury portfolio as “a big job and a big challenge” but said Constance was "up for that challenge”.

Incoming minister Perrottet has served as the member for the Castle Hill electorate since the state Coalition's 2011 election victory.

In his three years as a backbencher, the former solicitor chaired the Parliament’s Legal Affairs Committee and the Committee on the Independent Commission Against Corruption.

Baird said his reshuffled ministry had “a capacity to transform NSW” with a new breadth of expertise.

“There are some with local government experience, some with a background in police, some with experience in law and even the odd PhD thrown in for good measure," he said in a statement.