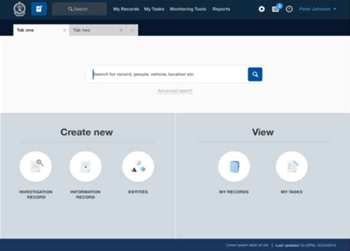 Bundles up support and taps into new products.

The NSW police force has consolidated a handful of existing support deals with IBM into one mega-contract that also gives it the ability to tap into other software within the tech giant's product suite.

While the force declined to provide detail on the deal, citing confidentiality, it revealed the contract bundles up previous maintenance and support agreements NSW Police has long had with IBM.

NSW Police needs to support this mainframe as it works through its complex replacement of the COPS system.

It has been working to modernise COPS since an initial funding injection in 2013, and has split up the program into two to reduce some of the risk and impact on the organisation. Accenture was last month tasked with building a proof-of-concept solution for what the force is calling NewCOPS.

However, the new IBM contract also builds on this existing relationship to give NSW Police access to certain other software within IBM's product portfolio that the force may want to use in future projects.

NSW Police declined to detail any specific products, beyond indicating an interest in analytics, security, and storage, due to security concerns.

CIO Chris Robson did however say that managing increasing storage demands driven by greater use of video and multimedia technologies had been a key driver behind the new contract.

"IBM Cloud Object Storage is available to NSWPF under the agreement," he told iTnews.

Broadly he said the agreement would help the force "adapt and innovate" to keep ahead of both criminal and security threats.

"Adapting quickly to the changing nature of criminal activity is key. The agreement enables NSWPF to evolve the mix of hardware/software and services as our needs change during the life of the agreement," Robson said.

"Using IBM platforms for analytics, security solutions and storage will provide NSWPF with the ability to identify and respond more quickly and efficiently to criminal incidents and to better protect officers and the community."