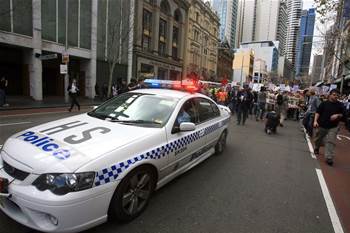 Robson said NSW Police had an opportunity to rationalise its legacy mainframe environment.

“If there’s one thing I know we’ve got to do it’s simplify,” he told the Police Technology Forum.

“We’ve been continuing to do work to take some of the technical complexity out of the backend system. I compare it to an old English car, there’s engineering excellence but somewhat unreliable.

“The core technology lacks the flexibility we require to be as responsive as we want to be in a modern organisation.”

NSW Police has between 180 and 250 applications. Robson said he didn’t know what the ideal number was, but it was “much less than that”.

“From the perspective of a relative newcomer, it appears as if historically, every new requirement has spawned a new package or bespoke application," he told iTnews.

"Where we need to go is leveraging fewer platforms more effectively. That will simplify the landscape for our end users and reduce our total cost of ownership in the long run.

"The challenge that follows on from that is to plan simplification effectively, taking into account where each of our applications is at in its lifecycle.”

Merging the old with the new

Robson joined the state police force in January last year, when a survey of senior stakeholders found that NSW Police had room to improve how it engaged its staff.

One program that has arisen as a result is the Day in the Life program, which takes internal IT staff out of the regular office environment and into the operations of a police station.

Robson told iTnews the program helped IT staff understand their customers, the challenges those customers face on a daily basis and the way technology can influence those challenges.

Day in the Life has been piloted so far with about 20 staff out of a potential 3300.

IT staff are exposed to such activities as firing a simulated Glock pistol, meeting police officers, riding in a police car, and watching how police officers use the technology they’ve been working on.

NSW Police also implemented a Technology Advocates Program, designed to capture ideas on technological innovation and alleviate some frustrations of the new generation of tech-savvy officers.

Robson said new tech-savvy recruits had previously been frustrated when their ideas and complaints about technology were met by 'that’s the way it’s always been' responses from senior police officers.

Joining up with the courts

The NSW Police force has for years “struggled” to get effective data interchange with state courts, Robson said, partly due to each agency pursuing projects separately with minimal inter-agency discussion.

“An early realisation for me was that what we really have are end-to-end processes that thread through multiple agencies. The data-centric approach was generating too many exceptions,” he told iTnews.

“When we reject data that doesn’t fit our systems that might be a construed a success in technical terms but it’s a failure in process terms.”

NSW Police has consequently established one program under a singular directorship covering the Police and Attorney-General’s departments, called Join Up Justice.

“That’s really helping to uncover the fundamental differences in some of our processes that need to be realigned for data exchange to be effective," Robson said.

"The strategic objective is to run our processes in real time and ensure that everybody has access to data which is correct up-to-the-minute.

“Both agencies have built SOA [service-oriented architecture] capabilities and we now have our project team applying more agile methods to development.”