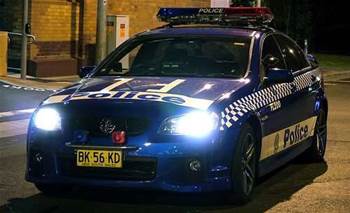 NSW Police officers have seized three laptops and a smartphone from a residence in Arncliffe after being alerted to a fake shooting at the premise in what was reportedly a 'swatting' attempt.

NSW Police were called to the house early this morning after receiving a report of shots fired, made online through the Triple 0 website.

Police officers surrounded the residence and arrested an 18 year-old man - who police said surrendered without incident - but later found no evidence shots had been fired.

No-one was injured and a search of the house had failed to find evidence to support the initial claims, police said.

A NSW Police spokesperson said the incident was being investigated as “public mischief” but declined to confirm reports the teen was a victim of swatting. Officers are examining the three laptops and smartphone found at the house, understood to belong to the 18 year old, who is assisting with inquiries.

Swatting is the practice of hoaxing an individual by lodging a fake report with emergency services in an effort to dispatch crews to an individual’s location. It is infamous in the US for forcing heavy responses from SWAT teams to scenes of fake bombings and hostage situations.

The practice is not as common in Australia. According to representatives of various state police forces iTnews spoke to today, hoaxers tend to use the 000 service for less high-risk pranks than today's 'fairly unusual' NSW incident.

But the more severe the hoax, the more powers police had to investigate, one representative said.