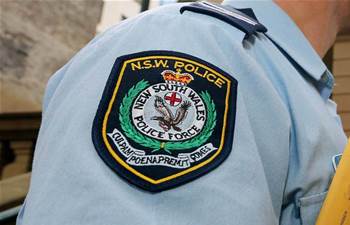 NSW Police will continue to allow its officers to choose when to activate body-worn video (BWV) cameras and when not to, despite calls from the legal profession to require that the  devices be activated whenever powers are exercised.

A statutory review of the force’s use of the cameras, released by the Department of Communities and Justice earlier this month [pdf], recommended no changes to the underpinning legislation.

Concerns with the “breadth of the discretion police are afforded” under the Surveillance Devices Amendment (Police BWV) Act were raised by several stakeholders consulted during the course of the review.

The Law Society, Legal Aid, the Aboriginal Legal Service (ALS) and Redfern Legal Centre (RLC) were all of the view that “police should be required (by legislation or public available guidelines) to activate BWV in certain situations” such as when officers make an arrest.

The ALS and RLC also went further, suggesting that “police should be required to continuously record when in a public place, or at least during all interactions with members of the public”, while noting that this would obviously create “significant privacy issues”.

At this time, however, NSW Police had not released the standard operating procedures (SOPs) for BWV, which was only made publicly available in July 2019 - more than two years after the rollout of cameras began.

The SOPs outline the “factors a police officer should take into account when deciding whether to activate the BWV camera, including community expectations, officer safety and protection and the need to capture evidence”.

But the review said that “removing police officer discretion to record by mandating continuous recording … is not a practical solution”, as it would have privacy implications for both members of the public and police officers.

Constant recording would also stop officers using their discretion to assess situations when the use of BWV may be inappropriate such as during “particular interactions with vulnerable people”.

With the BWV SOPs now publicly available and “providing a significant amount of detail to the public and police on how the discretion should be exercised”, the review said there was no need to alter the existing legislation.

“Given this, the review considers that it would be unnecessary to enshrine in legislation the specific circumstances in which police must use body-worn video,” the review states.

“The review considers that the SOPs provide a significant amount of detail guiding both police and the public on how the discretion should be exercised.

“Police officers encounter varied and dynamic situations on a daily basis and it is often necessary for police to use their judgment and experience when deciding when it is appropriate to use BWV.”

The program intends to link firearms, tasers and BWV cameras, as well as MobiPol devices and police vehicles, to ensure that the device begins to capture video and audio evidence as soon as an officer draws either their taser or firearm.

During the review, the Law Society and Legal Aid also argued that the legislation did not “comprehensively” define “the requirement of ‘overt’ recording”, which they said could result in officers “believing they are excused from informing people that the device is recording”.

But the review also “does not consider it necessary to amend the definition of ‘overt’, or provide an exhaustive list of examples of ‘overt use’ in legislations”, as the SOPs provide this level of detail.

It said the “BWV SOPs expand on the requirements under legislation by requiring the use of the device to be ‘obvious and overt”, including the requirement that officers advise members of the public they are being recorded and have their camera visible.

“It is understandable stakeholders expressed this concern, as, at the time of consultation, the only publicly available information of police BWV stated only that police will inform people they are being recorded ‘where practical’,” it states.

“This could be understood to suggest that simply wearing the device constitutes overt recording, which is not the case.”

The review also contains the results of a Charles Sturt University evaluation of NSW Police’s use of BWV, which suggests “police BWV is meeting its intended purposes as an investigative and evidentiary tool”.

The evaluation - which involved the input of 1629 members of the public, 811 police officers and 77 members of the legal profession - found a number of positive impacts on the judicial process and a reduction in complaints and violence against officers.

Of the members of the public surveyed, 87 percent were supportive of the use of BWV, as it increased accountability for both police and the community, though some were concerned that footage could be “manipulated by police due to the officer discretion”.

While some officers said BWV streamlined the judiciary process, around half said it could also cause delays, which stem from the additional time to transcribe the footage, for example.

The force is planning to mitigate the delay using automated transcription technology, which it plans to trial this year.