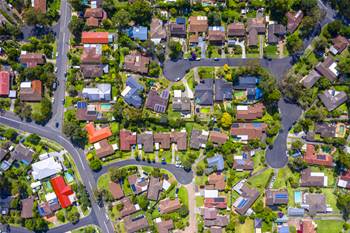 NSW’s Department of Planning and Environment has taken “significantly longer” and spent $38.5 million more than expected developing the government’s ePlanning portal, the state’s auditor-general has revealed.

In an audit released this week, the Audit Office of NSW found the decade-long project had reported a near 50 percent overspend, partly because the department “initially failed to plan for the scale of work required”.

“Implementation was initially hindered by deficiencies in planning and it has taken the department significantly longer and cost significantly more to implement the portal than first anticipated,” the auditor-general said.

At least part of this time overrun is due to what the audit describes as “an increased scope of services delivered through the portal and an under-appreciation of what is involved in creating a standard, central resource”.

But the department also experienced “significant implementation difficulties – which saw the transactional portal discontinued after it was found to be not fit for purpose”, resulting in a program reset in 2017-18.

As a result of the changes in scope, the portal “will have taken the department ten years and around $146 million in capital expenditure to implement” by the time the program reaches competition next year.

The audit ultimately found that the portal has “progressively achieved its objectives to provide citizens with access to consolidated planning information and allow them to prepare and submit development applications online”.

The ePlanning program first began in July 2013, with the first proof-of-concept (PoC) version of the planning portal developed in 2014, followed by an “information-only version of the portal” in November 2015.

The department appointed an unnamed implementation partner in September 2015 to build and operate the version of the portal that replaced the PoC, and in February 2017 appointed the same vendor to further develop the portal.

The audit said the department “obtained ministerial approval to reappoint the same vendor and negotiate a new contract without further testing the market”, having been “satisfied with the initial performance of its partner”.

By May 2017, the department had begun piloting the next version of the portal, one that could “support the lodgement of development applications”, with Liverpool City Council, though this version was ultimately dropped.

“The department and stakeholders determined that this version was unsuitable for rollout to councils,” the audit said, adding that the department later “commissioned an external review of the portal’s design, software and operating model”.

That review – which resulted in the re-set in 2017 that saw the department adopt an agile methodology – found the issues were partly because the department was unclear on portal’s “role or the best way to implement it”.

“While some of this overrun can be attributed to implementation challenges, failing to fully plan for risks to the delivery timeframe was a fundamental contributor,” the auditor-general said.

The audit also said that the department “negotiated a reduction of only $600,000 from the [$8.7 million in] contracts with its implementation partner and sought no formal remedy for the poor performance of the portal”.

The new “development applications services” eventually went live in December 2018 and in the years since, the department has progressively “added new services and worked to improve the existing services”.

Since 2013, the portal has been the subject of three separate businesses cases, which together were “$38.5 million or 47.5 percent more than expected”, putting the capital expenditure for the ePlanning program at $119.6 million to date.

The audit said that the “majority of the overspend occurred under the second business case”, which came in at $58.7 million – more than twice as much as its planned capital expenditure of $21.8 million.

The second business case took place over five years – and not the two years that had been intended – between July 2015 and June 2020, despite it having not included “any contingency for a time overrun”.

The third business case, which was prepared in 2020 to fund further improvements to the portal between July 2020 and July 2023, came as the government mandated the portal for “all stages of development applications” by July 2021.

The audit said the decision to mandate the portal – which was previously expected to be adopted progressively until 2025 – “brought forward the expected benefits as well as potential costs of the ePlanning program”.

The audit said the department reported “benefits of $334 million over three years to June 2021 plus the first two months of 2021-22”, which it said was “significancy higher than the expected benefits of $93 million”.

The audit also found that while the department “now has a clear view of the scope necessary to finalise the program”, it has not “communicated the new services it plans to add, or implements that it plans to make, to the portal over the remainder of the program”.

The department has been asked to publish a roadmap of the services it expects to release over the next 12 months, as well as “independently assure and report publicly the correct calculation of ePlanning program benefits”.