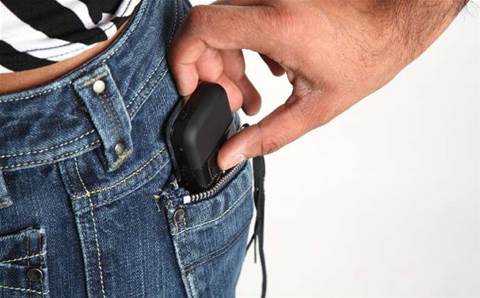 NSW pawnbrokers will be required to hand over the MAC address of all sold smartphones, tablets and laptops to police from June, under a theft crackdown by the state government.

More than 19,000 mobile phones, 7696 laptops and 5104 tablets were reported stolen in NSW in 2015, and the state police force wants to reunite nicked devices with their rightful owners.

Pawnbrokers will need to record the unique media access control (MAC) address of any wi-fi enabled device that comes into their store and share it with police via the Weblink reporting portal for second-hand dealers.

This means even device owners who haven’t recorded the MAC address or serial number of their lost kit should be able to prove ownership using the logged history of a modem router that has been used to connect the device to a home, work or friends’ wi-fi network.

NSW Police said the absence of serial numbers or any identifying marks on stolen electronics poses an ongoing headache to members of its dedicated pawnbrokers unit.

It said the unit hopes it will be able to quickly match MAC addresses submitted by pawnbrokers to the IDs of any recovered devices recorded in police reports.

Phones, tablets and notebook computers are the most frequently stolen electronic devices, but police are also looking to expand the mandatory reporting scheme to other wi-fi enabled devices like television sets, digital cameras and gaming consoles in the future.

“We are living in the digital age and consumers are purchasing a range of valuable wi-fi devices," he said.

“I strongly urge consumers to record their MAC address, which can be easily located on the device, but also stored on a router they may be used at home or work."