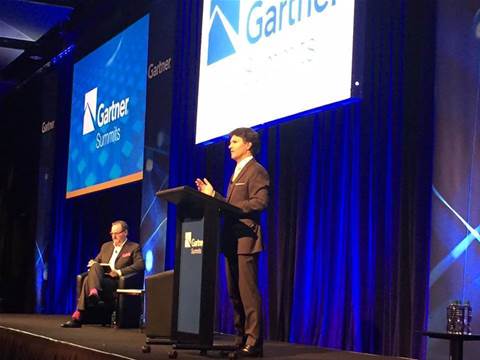 Dominello says DAC could pay for itself.

NSW Finance Minister Victor Dominello says the state’s Data Analytics Centre (DAC) could one day become self-funding if it forms the right kind of partnerships to monetise its data and analytics capabilities.

At the Gartner Data and Analytics Summit in Sydney last week, Dominello said right now he considers the DAC a start-up.

But he says monetisation is “critical” to the longer term vision for the information agency, which currently mediates the sharing of public sector datasets between agencies so they can be used for data-intensive public policy projects.

“[The DAC] could have a joint venture in a beautiful blue sky world with a potential unicorn one day,” he said.

“I’ve got no doubt in the short-to-medium term that the DAC will pay for itself.”

However, he insisted the DAC - which has the legislative power to compel agencies to hand over datasets within a set timeframe - would not move forward with any of these pursuits before working with the state’s Privacy Commissioner to put the right privacy protections in place.

He later explained to iTnews that the external funding ambition does not automatically mean his government will be looking to sell de-identified citizen data to the highest bidder.

Dominello said there were many non-personal datasets held by the government that could be leveraged for economic value such as records of the “wave patterns off Manly” or regional demographic trends.

He raised the prospect of leveraging the “creme-de-la-creme” of data scientists and analytics experts working for the DAC to deliver fee-for-service jobs to fellow NSW government agencies.

“We could drive greater efficiencies, hypothetically speaking, in the planning department,” he said.

“If the DAC could design smarter algorithms that are far stronger in terms of making predictions than the ones that they currently have, they might say ‘we’ll pay up to X-dollars for those services’. Government agencies currently spend a lot on these sorts of things.”

Dominello also suggested that successful data models could be sold on to other governments globally.

The DAC is currently focusing on data projects that could help prioritise the fight against childhood obesity, which is estimated to cost just NSW some $30 billion a year.

“Childhood obesity is not just a problem for NSW. We could then sell that outward to the US," Dominello said.

“This is smart government. This is where we need to be."