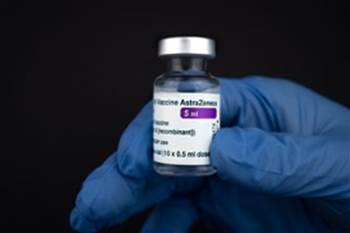 NSW Health had to rethink its approach towards developing and deploying systems when rolling out the ServiceNow-based vaccination management platform that has now been used to manage the administration of more than 1.7 million vaccine doses.

CIO Zoran Bolevich told ServiceNow’s Now@Work event that the relatively new platform had highlighted the significance of “CX, usability and agility” for an agency not accustomed to consumer-facing systems.

NSW Health has been rolling out the system since June 2020 to replace CoVax, an in-house solution that was developed over 21 business days in early 2021 with help from Microsoft, DGL and Whispir.

CoVax, which went live in February at South Western Sydney Local Health District, was intended to support the vaccination of around 150,000 frontline health workers, as well as chronically ill people.

But while the system did a “pretty good job” with that limited scope of work for a couple of months, Bolevich said it became clear CoVax would need to shoulder more workload.

“It became very obvious NSW Health was going to play a much bigger role in the national vaccination program, and that the scope [would need] to encompass the entire population of NSW,” he said.

“So in order to deal with that increased scale, we had to then give consideration to implementing a new platform, which was going to be fit-for-purpose for that task.”

At the same time, with eligibility criteria continuing to change in line with vaccine supply, Bolevich said there was a need for the platform to be “not only scalable but also very configurable and flexible”.

The vaccine administration management (VAM) platform that NSW Health ended up with is an end-to-end system much like what Victoria has introduced with its Microsoft-based platform.

“This is not just a booking system, as important as those bookings are, but it is actually an end-to-end vaccination administration management solution,” Bolevich said.

He said it has a clinical management component, a clinical module for actual administration of vaccine and functionality to report administered doses to the Australian immunisation register.

The platform has facilitated nearly 1.7 million appointment bookings and 1.2 million doses to date.

VAM up and running in 10 days

Bolevich said that eHealth NSW’s existing knowledge and understanding of ServiceNow’s platform gave it the “confidence” to consider EAM as the state’s vaccination management solution.

“We already have a really fantastic platform team in eHealth NSW, who were able to partner with a very competent team from ServiceNow,” he said.

“They brought to the project their technology expertise as well as their development skills and their understanding of how best to implement them into our environment.”

Bolevich also said that by working together, the eHealth NSW and ServiceNow teams were “able to be super agile” and roll out the system to the first clinic in only 10 business days in June.

“That is a fantastic time to delivery, which has then continued on with daily releases of VAM so the team is constantly enhancing [and] changing the product at an incredibly rapid place,” he said.

A “complex data migration” has also occurred alongside the updates, with the teams working with NSW Health-run vaccination centres to progressively migrate existing bookings to VAM.

User training and ensuring the “flows are optimal in all these clinics” – some of which do only a few hundred vaccinations a day, while others do up to 20,000 – has also been ongoing, he said.

Bolevich said that VAM had been a “big learning” curve for NSW Health, as “consumer-facing or public-facing systems… are a very different proposition from those systems that we have been traditionally developing and deploying”.

“Most of our previous experience has been in designing and deploying really great clinical system or business systems that are primarily used by clinicians and other employees… within our organisation, so digitising the inside of [NSW] Health,” he said.

“Now with a system like VAM, the main users of the system are, in fact, the general public, so we’re talking about hundreds of thousands if not millions of people who are interacting with these systems on a daily basis.

“So apart from scale, which is obvious, where it becomes really critical is customer experience, usability and agility to be constantly able to improve, enhance [and] listen to customer feedback.”

ServiceNow is also being used for a number of other consumer-facing programs such as collecting measurements of patient experience of care and outcomes of care as part of NSW Health’s patient reported measures program.

“We’re using structured survey instruments to capture that information and we’re using the Now platform as a workflow engine,” Bolevich said, adding that the data is then used to adjust treatment plans.

The Now platform is similarly being used in the area of specialist outpatient services to digitise the referral process.

“In Australia typically patients will see their GP, who will then refer a patient to a specialist,” he said.

“These processes are still somewhat paper-based, and we’re trying to digitise them and turn these referrals into an electronic workflow and have that managed in a safe, fast, more effective way."