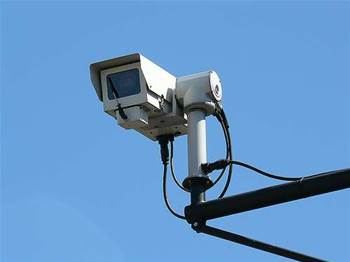 The NSW Government is rushing to amend the state's privacy laws to circumvent a ruling that forced a council to switch off its network of closed-circuit television cameras.

Premier Barry O'Farrell told parliament yesterday he was committed to fix a "loophole" that had been exposed in the state's privacy laws.

"We are drafting urgently a regulation to provide appropriate exemptions under that privacy legislation to allow local councils, including Shoalhaven City Council, to use such cameras without breaching privacy laws," he said.

"It is anticipated that this regulation will be in place by the end of next week."

The issue came to a head on May 2 when the state's Administrative Decisions Tribunal ruled Shoalhaven City Council's CCTV program breached several information protection principles (IPPs) set out in the state's Privacy Act.

Council switched off the cameras a day later while the ramifications of the ruling were "considered".

The issue then proceeded to escalate to the highest levels of NSW government. O'Farrell said he sought advice from the State's Attorney-General before moving to overturn the Tribunal's "terrible" and "ridiculous" decision.

"It was a decision that concerns me because it struck me that the tribunal was trying to make policy," O'Farrell said.

"This Parliament is the place that will make policy. Whichever party is sitting on the Government side of this place will initiate policy.

"I will never stand by and allow those who sit on our tribunals or courts to dictate policy."

The citizen who originally took the case to the Tribunal labelled O'Farrell's intervention as "extremely unfortunate".

He had objected to "the state engaging in indiscriminate surveillance of him when he drives or walks about his local shopping centre".

The Nowra CCTV network sends a live feed of images to Nowra Police Station, where they are stored on a computer hard drive owned and operated by the Council. Police can apply to Council for copies of images, and have so far lodged 19 formal requests.

But the citizen alleged the CCTV cameras had no impact on reducing crime in the area — the stated reason for their existence — and that technology deficiencies in the network set-up made the cameras useless for that purpose anyway.

The Tribunal ruled the "vast majority of the information collected under the Council's CCTV program is 'collateral information' and is not relevant to the 'crime prevention' purpose."

It also ruled that "the information would be of little assistance for law enforcement purposes" owing to its poor quality which made facial recognition difficult.

The footage fed to Police was also open to misuse, the Tribunal ruled. Police used a generic log-in to watch the feed and often left the monitor running across shift changes.

The Tribunal also found a lack of signage that warned citizens how captured images could be used, which placed Council in breach of privacy rules.