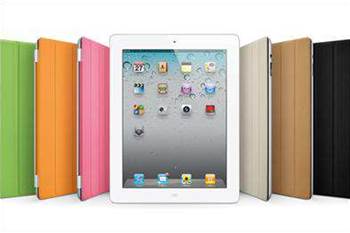 The NSW Government has proposed a ban on smartphones and tablets in the state's courtrooms in a move that could challenge live tweeting or blogging from cases.

The ban is one of a raft of proposed legislative changes to the way courts in NSW operate, and was briefly revealed by the state's Attorney-General Greg Smith in a speech to parliament on November 21 last year. (pdf)

The speech appears to have largely flown under the radar until a report by Fairfax newspapers today that criticised the potential reach of the ban.

The ban on mobile devices is principally aimed at preventing their use for prejudicial purposes in criminal cases, according to Smith's speech.

"These amendments address recent security incidents in courts that have highlighted the fact that the existing legislation does not capture the capability of recent technology — for example, people in court transmitting witness evidence by smartphone to another witness waiting outside the court to give evidence," Smith said in his parliamentary speech.

Though he acknowledged the proposed ban would also catch other uses of smart devices in court rooms, such as live blogging and Twitter usage, Smith indicated that "regulations" could be introduced that allowed blogging to still occur from courtrooms in certain circumstances.

"It is important to preserve the principle of open justice," he noted.

"Although not common, there may be circumstances in which journalists wish to use electronic devices to report on proceedings contemporaneously through new media, such as Twitter or by blogging.

"While these circumstances are not expressly covered in the proposed statutory exceptions, there is a regulation-making power that will allow appropriate exemptions to cover these sorts of circumstances".

Smith said that if the wider bill is approved, the ban on smart devices would be timed so as to allow "time for appropriate regulations to be drafted".

He said that the courts and "relevant stakeholders" would be consulted in determining what those regulations would look like.

The Law Society of NSW told Fairfax that it wants legal practitioners to be exempt, over fears such a ban could prevent emailing or texting colleagues or clients from within court.