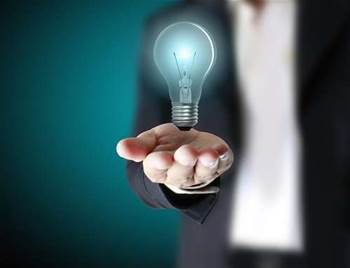 The NSW Government has detailed its strategy to boost the state's digital economy, as part of the O'Farrell administration's plan to help the state adapt to disruptive innovation and increasing competition from emerging economies.

The Industry Action Plan for the Digital Economy, released by Deputy Premier and Minister for Trade and Investment Andrew Stoner, includes a $6.7 million innovation initiative to identify opportunities and challenges for the state, as well as smart work hubs and the implementation of the NSW Government's open data initiative.

The State will also seek to raise the profile of Sydney, with the aim of positioning the city as a global hub for digital and ICT talent.

The plan has been in the pipeline since September last year when the Government set innovation and productivity targets for the state until 2021.

Under the plan, the ICT industry is expected to account for 4.9 percent of the NSW economy by 2020.

"This state is the source of around 50 percent of Australia's total exports of telecommunications, computer and information services," Stoner said, adding it was critical for NSW to build on its digital strengths in order to help boost innovation and productivity gains across other sectors.

Victor Perton, former Commissioner to the Americas for Victoria welcomed the plan, but said there were some issues that would need to be addressed to ensure it was a success.

"If they want to make it an IT skills hub we've got to make it more attractive for students to get higher degrees and higher training at NSW unis," Perton said, adding that Australia was sometimes criticised in the US for not producing enough home-grown PhD students.

He added that the state would also need to deal with the issue of Australia being seen as a high-cost destination.

"We're competing against Singapore, Hong Kong, India and China, all of who use much bigger subsidies and the like to lure investment," Perton said.

Perton also said that in order for Australia to attract major ICT investment and boost flows of talent between Australia and the US, it would be necessary for Sydney and Melbourne to collaborate.

"We will achieve success if Barry O'Farrell and Ted Baillieu shake hands and say, 'We expect our people on the ground to collaborate and go hunting in packs for those new investments'."

The taskforce that developed the plan is being led by director of IBM Research, Glenn Wightwick.

"The Government has shown its interest and willingness to respond, but we still need to see the action and how real and effective the initiatives are", said Ross Dawson, a futurist who has written extensively on the global digital workforce.

He added that Sydney's climate, beauty and culture gave it an unfair advantage over many other countries and that it was a viable and critical objective for it to be a global ICT talent hub.

"Yes, we can be a global talent hub. We already are in some ways."

Dawson pointed to a recent ranking by the Startup Genome project that ranked Sydney as 12th in the top 25 startup hubs in the world.

However Randal Leeb-du Toit, head of commercial development at the University of Sydney, said if NSW wants to play on the global stage it needs to be doing something at a global standard.

"It feels like it's a hand waving gesture more than anything else. It's like Tamworth trying to take on New York."

Mr Leeb-du Toit said greater incentives were needed for entrepreneurs, similar to those on offer in Singapore and the US.

"It doesn't have to cost them money, just change the tax equation for start-ups."