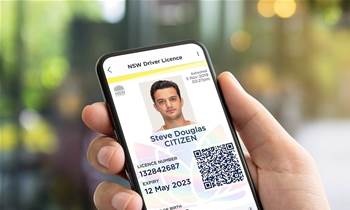 NSW motorists will soon be able to use their digital driver’s licence as a suitable form of identification in more places, as the number of licence downloads surpasses 1 million.

Service NSW has begun developing a ‘copy solution’ as an alternative method for businesses to confirm an identity in situations that require a photocopy of a physical driver’s licence.

The solution is aimed squarely at boosting acceptance of the opt-in electronic vehicle licence, which until now has largely been restricted to police checks and gaining entry to licenced venues.

Minister for Customer Service Victor Dominello said the solution would allow the digital pass to be used in “more day-to-day situations” like opening a bank account, taking out a loan or hiring a car.

“Providing a copy solution is a key enabler for broad industry adoption,” he said in a statement late last month.

“The ultimate vision is for people to be confident going wallet free, knowing that DDL will be accepted in most situations where a driver’s licence is required for proof of identity.”

While iTnews understands design and development of the solution is still in the early stages, additional businesses will begin accepting the digital driver’s licences as proof of ID from today.

Australia Post will kick off the charge by accepting the digital pass for over-the-counter parcel collections. Major supermarkets Coles and Woolworths are also said to be “on board”.

“We have a lot of experience in the digital space with our own Digital iD already enabling customers to collect parcels with the convenience of their smartphone for the last two years,” she said.

“Now we’re making it easier for our customers to verify themselves across our retail stores.”

Service NSW is expected to pilot the copy solution in the coming months. It is currently working with the Law Society, eConveyancing, banks and other stakeholders to develop a solution.

More than a million NSW motorists – or around 19 percent of all licence holders – have downloaded a digital driver’s licence since it was officially launched in October.