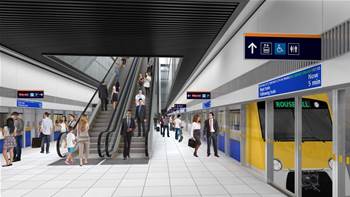 Transport Minister Gladys Berejiklian said that driverless trains would operate on the North West Rail Link, which is slated for completion in 2019-20.

Use of the system could also be expanded to other parts of the network.

Under the plan, the State would set up a "new state-of-the-art train control centre" to run the fully-automated trains.

"This technology is focused on safety and reliability – there's no point building a 21st century system with 20th century technology in it," Berejiklian said.

To date, driverless train technology has been talked about mostly in the mining sector, where it is being rolled out by iron ore giant Rio Tinto.

Automated train systems for commuter services run in a number of cities overseas, but if the NSW Government gets its way, Sydney will be the first Australian city to take on such technology.