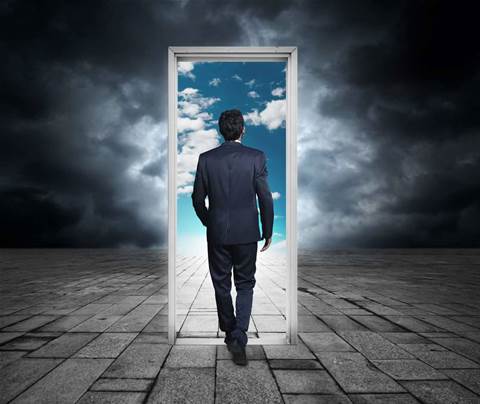 NSW's GovDC team has high hopes for its new cloud-based service catalogue that has just gone live after a speedy eight-week implementation.

The team's chief Derek Paterson was full of superlatives for the portal, which he claims will improve governance and help the system scale to support NSW’s more than 325,000 public-sector employees.

“There has been a high level of demand for government organisations to be innovative in how they deliver business services,” Paterson told ServiceNow’s NOWForum this month.

“They need to be able to rationalise and deliver compute services at the speed the business needs them – and not at the speed that IT has been able to provide them.”

The decision to build the catalogue on the cloud-based ServiceNow Service Catalogue and UXC KeySite CMS was announced on August 1.

The project was a key step in GovDC”s automation journey, but Paterson initially “thought it was going to be really hard” given the range and complexity of the services it had to accommodate.

But he said the chosen technologies didn’t require the “cumbersome” economies of scale of several alternatives, and featured an API-driven interface that would support GovDC’s efforts to keep the platform open through initiatives such as its Cloud Connect interface.

However, staring at a screen full of configuration options was initially daunting given the ultimate complexity of the service catalogue - Paterson says the first prototype looked “a bit IT”.

Through user-centric design work with CSC-owned ServiceNow specialist Fruition Partners, however, the interface was smoothed out to produce a far more welcoming screen for users.

“I wanted it to look like eBay and Apple,” Paterson said, “like something you would buy and sell from. We got it there by taking time with it; using tools like PowerPoint and Photoshop to do the UI; and then from there, getting developers to do it.”

Doing that groundwork simplified the rest of the project, he said.

“Once we confirmed what we wanted, Fruition Partners was able to do it in a matter of weeks,” Paterson said.

“Being able to deploy straight to the public was something I had never heard of before. It took less than three months to roll out something that’s available to hundreds of thousands of staff plus every marketplace provider.”

GovDC, itself an ambitious effort to consolidate 130 agency data centres into just two sites at Unanderra and Silverwater, had its own share of sceptics.

But with the facilities already 90 percent full after less than three years and demand continuing to grow, the cloud service marketplace is now front and centre of Paterson’s efforts to manage the “pretty insane” demands of volume and scale as it continues to reshape the NSW public service.

That visibility is important for more than just governance requirements such as monitoring what services agencies use and what they pay for them, which Paterson said had been “very cumbersome” in the past. Being able to monitor service usage will be crucial in ensuring probity and accountability for public spending, he said.

By offering a single view of aggregated demand, the service catalogue will also help the GovDC team negotiate better terms with suppliers and identify crucial areas of focus to enhance the platform’s value for all of the agencies it serves.

“We’ll be able to look at who’s buying what, the volumes we have achieved, and to set up a whole-of-government process that gives us better buying power to get further discounts for our members,” Paterson said.

“That’s something we haven’t been able to do before: these things were lost in a vortex of volume and scale. But that scale has now been overcome. It has been an amazing production and a great opportunity to really show partners where innovation can take us. We’ve done a hell of a lot in a short time and it’s only going to get better.”