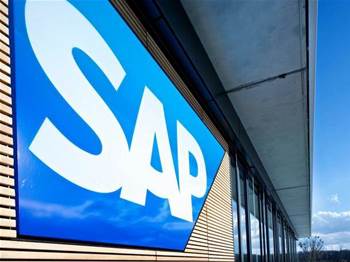 The NSW government has cut more than $1 billion from its central enterprise resource planning (ERP) sourcing agreement with SAP, citing the consolidation of licences across clusters.

The revision coincides with the government’s latest attempt to consolidate ERP systems across several clusters in a bid to reduce future costs and improve overall efficiency and productivity.

The whole-of-government contract was first signed in March 2008, giving agencies an ability to procure “ERP software products, both perpetual and cloud software licences”.

But in late January, the estimated spend under the agreement was revised down from $1.65 billion to $475 million over 15 years, more than a year out from its expiry.

A spokesperson for the Department of Customer Service told iTnews the revision was “due to the calculation and consolidation of licences across clusters”, without elaborating.

The spokesperson also added that the “whole-of-government agreement does not include any spend commitments from the NSW government”.

The revision came just days before the Department of Customer Service published a separate $78.5 million contract with SAP for “ERP products and support services” (DICT/9374).

That contract, which was signed in December, relates to the massive ERP system consolidation, known as the process and technology harmonisation (PaTH) program, being led by Accenture.

The Department of Communities and Justice (DCJ) assumed control of PaTH from DCS in August 2021 after the Secretaries Board backed a change of direction more than two years in.

As reported by iTnews, the move is intended to “de-risk” the massive project, which will see an initial group of 40 agencies from four clusters move to a single SAP ERP system.

The ERP system is “currently licenced by multiple agencies under the whole-of-government arrangement [with SAP]”.

“The agencies covered under contract DICT/9374 currently use SAP ERP central component (ECC) licences and will upgrade to S/4 HANA during the term of this contract,” the spokesperson said.

The contract also “enables the consolidation of these licences under a single entity, DCS, for ease of administration and operation”, the spokesperson added.

While both contracts involve licence consolidation, the DCS said they are independent of each other.

According to the government’s eTendering website, the whole-of-government arrangement was established as a result of a “non-tender”.