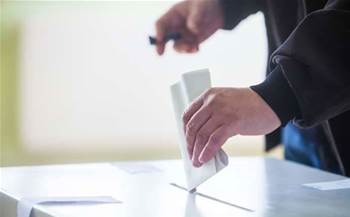 The firm was awarded a $1.9 million deal last week to provide the core electronic voting software for iVote until 2022.

The current core voting software has been supported by Scytl since 2014, when it was chosen to deliver the software for the 2015 state election.

NSWEC began looking for new off-the-shelf software to replace the online voting system’s current core in May 2017, before scoring $5.4 million in last year’s state budget to fund the upgrade.

The funding was part of a $23 million windfall for the agency to improve online systems, including establishing “an end-to-end solution” for the disclosure of political donations.

Particular emphasis was placed on improving “system security and voting protocol integrity”, as well as reducing complexity around vote integrity and supporting a number of different languages.

Even before inviting pitches from suppliers in December 2017, the agency had identified US-based Everyone Counts - which it used for the 2011 election - and the UK’s Smartmatic, as potential alternatives to Scytl.

The new four-year contract comes ahead of the findings of a review of the current iVote system next month, which will probe the suitability of the platform, including security, ahead of next year’s state election.