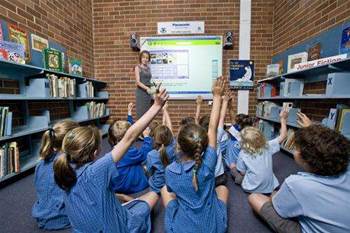 Budget goes up, but money "well-spent".

The full cost of the NSW education department’s Learning Management and Business Reform (LMBR) project has been quantified for the first time.

The state’s new auditor-general, Grant Hehir, handed down a report today showing the full cost of the roll-out comes to just under $460 million, after previously uncertain operating expenses are added in to the project fund.

The previously reported capital-only cost was $386 million for the lifetime of the project. This has been scaled up to $397 million “to accommodate emerging business requirements of TAFE NSW”.

But Hehir has pointed out that at least some of the increases were properly anticipated by the department.

“The original business case acknowledged non-capital expenses would be incurred, but could not be quantified due to uncertainties associated with the type of service delivery model and transition of the program to business as usual,” the report stated.

“These costs have now been estimated and included”.

Potentially more worrying, however, is Hehir’s calculation that with a year still to go in the LMBR roll-out, the department has already spent 97 percent of its $397 million capital budget.

The major systems overhaul will result in a state-wide replacement of legacy corporate and student administration systems, described by the auditor-general as “old, inefficient, costly and slow”. Specific products that will be decommissioned include iSeries and Lattice for payroll and Oasis for finance in public schools.

While it is an expensive process, Hehir believes that the money has been well spent.

The department will have “access for the first time to a single source of reliable and accurate information about schools, TAFE NSW and corporate areas across the state,” from which it “will be able to extract information centrally to support reporting and evidence based decision-making”.

The department has had early success rolling out its new payroll system to four major TAFE institutes across Sydney and the Hunter, where pay cycles are now running successfully.

It told the auditor-general to date it had received 5470 leave applications through the new payroll, most of which have already been automatically approved, and has encountered no errors. The new system has now paid 19,029 staff successfully for seven fortnightly pay cycles.

However, it has also had to address some integration issues and scope increases that will delay the 2014 stages of the roll-out.

The department’s executive decided it was impractical to implement both finance and payroll components into the same 229 first-round schools at the same time, so it has postponed the latter until 2014.

The extension of the Student Administration and Learning Management (SALM) system into state TAFEs has been marred by “customisation requirements” and trouble integrating the solution with other TAFE systems. It has been pushed back four months to March 2014, as has the TAFE finance roll-out which is tied to SALM.