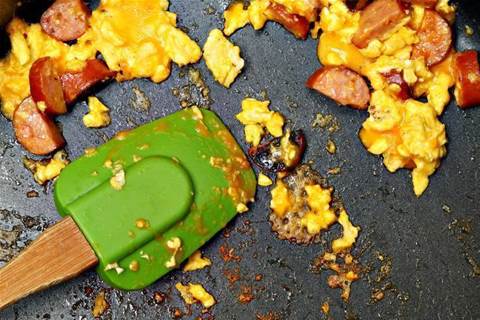 A rash of unpopular and forced council amalgamations across NSW over the last three years has combined to produce an unholy mess on the technology front, after a state Auditor found gaping holes in IT management and governance that in two cases stopped councils providing their accounts.

In the first substantive financial audit of NSW councils since amalgamations were initiated by former premier Mike Baird, a litany of deficiencies in wrangling IT service providers and outsourcers has been exposed, with  51 councils listed as lacking “clearly defined key performance indicators (KPI) in the Service Level Agreements (SLA)” with their suppliers.

Information technology was cited as a high risk by an unreleased KPMG report provided to the government ahead of the mergers because of the complexity of forging disparate financials, operational and asset management systems from as many as three councils into one.

Now NSW council IT chiefs are mopping up, and the mess isn’t pretty.

The integration burden has been so onerous that two councils, Hilltops Council and Maitland City Council were listed as needing extensions for their financial reporting deadlines because of system integration issues.

“The delay arose from consolidating and migrating financial data from 3 legacy systems into one new system for single entity reporting,” the audit noted for Hilltops Council.

In the thick of the mergers are a range of software platform providers, including Technology One and Civica, which both stand to benefit as councils migrate off legacy or home cut systems.

Tech One in particular has called out growth from the mergers in its financial results.

Many council IT chiefs privately warned state members of parliament that councils needed to standardise their tech platforms before the amalgamations rolled through because of the massive sectoral pressure IT systems mergers would exert.

Shared services are nothing new in local government with regional organisation of councils already sharing providers for refuse collection and other core operational activities.

Cost blowouts because of time pressures, compounded by an IT skills shortage exacerbated synchronous systems rebuilds were just two of the major concerns flagged.

The NSW Audit Office’s tale of the tape now reveals the deep struggle many council IT shops are now in the midst of.

The report lists 72 councils as outsourcing “at least one IT function to a third-party service provider” but keeping track of vendors doesn’t look like it is getting any easier.

The audit found that aside from the 51 councils falling down on the SLA front, “26 councils did not have a complete and accurate list of IT service providers engaged, along with the corresponding services provided.”

On the IT governance front, the news was even worse.

The audit found that a massive 94 councils lacked IT policies “over one or more” of the following critical areas:

The issue of IT risks also got flamed.

“Sixty-five councils do not have an IT risk register, and 44 councils do not regularly communicate IT risks to management and those charged with governance,” the audit said.

“It is important IT risks are identified and appropriately managed as councils rely heavily on IT for service delivery and financial reporting.”

What can’t be gleaned from the report, however, is exactly which councils are struggling the hardest in the fight to bed down their new enlarged tech estates, other than those missing the reporting deadlines.

Or whether the great systems merger is actually generating lasting efficiencies or a series of urgent fixes to simply keep things running.

Whichever it is, there’s no unscrambling the great tech omelette of council amalgamations.