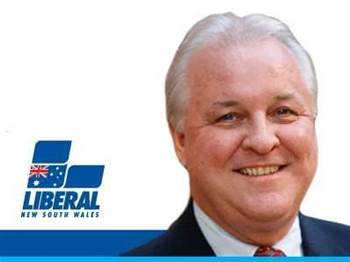 The NSW opposition attempted to woo the state's IT sector today with promises to place technology at the "front and centre" of a Coalition State Government.

"The Liberal and National Coalition is committed to grow the ICT sector in NSW and use ICT to enhance our society," Pearce said.

"My approach to ICT is to place ICT front and centre of Government, but first, we'll have to deal with Labor's legacy."

The project was initially allocated a budget of $38 million, but when it was cancelled, it had already cost $61 million and was expected to require a further $64 million.

Sydney Water came under fire again in November 2009, when a customer management system project was found to be 18 months behind schedule at a cost $34 million more than its original budget of $21 million.

He said state government projects like those at Sydney Water had been "poorly planned, resulting in numerous change requests and delays".

He planned to review the Labor Government's procurement panels and consolidated contracts, which he found to unfairly exclude SMBs that could not provide services on a statewide basis.

Opportunities for shared services and technologies such as smartphones, virtualised data centres, telepresence and sustainable IT would also be considered, in accordance with a 20-year strategy that would be underpinned by five-year plans tied to the state's budget.

He hoped to lower payroll taxes or introduce rebates of $100,000 over two years per "genuine new job" that a company created in NSW.

And while it was not yet an official Coalition policy, Pearce said he hoped to allow NSW suppliers to retain and commercialise any intellectual property they developed for government projects.

The NSW Coalition also planned to establish a new statutory body, Infrastructure NSW, to oversee critical infrastructure that would enable more industry clusters - like Macquarie Park - to be built.

The Shadow Minister promised delegates of "plenty of consultation avenues" in the months to come.