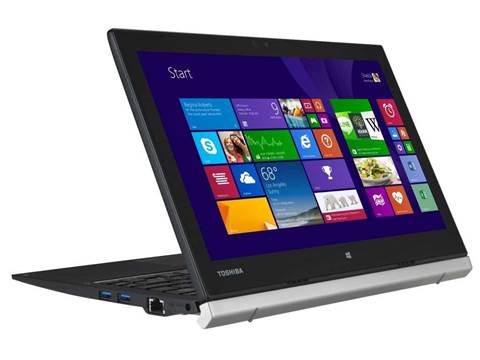 CIO reveals what he’s learned from a ‘mobile-only’ push.

By this time next year, the NSW Cancer Council expects to have rid itself of nearly every desktop PC and desk phone in the 350-person organisation.

What it is calling the “mobile-first” move is the brainchild of CIO Branko Ceran, who has latched onto the opportunities delivered by a major network overhaul to take the charity towards an activity-based working model.

For a long time, he told iTnews, the out of the office nature of the Cancer Council’s work was at odds with its ageing network infrastructure and legacy systems. He said uptime ratings were “fairly low before”.

The charity works in schools and other institutions promoting cancer prevention strategies - like sun safety and not smoking - taking engagement staff out of the office, especially in the regions.

“We have 14 branch offices across NSW and a lot of staff are mobile,” Ceran said.

“But they couldn’t spend a lot of the time in the community because of the technology issues we faced.”

A network upgrade has now laid the groundwork for the organisation’s 100 percent transition to hosted solutions, most of which can now easily be accessed by staff crisscrossing the state.

Ceran and the team have already migrated 90 percent of the Cancer Council’s workloads off premise.

This includes a whole-of-organisation switch to Microsoft Office 365, SharePoint and Skype for Business, plus Riverbed SteelHead for application performance monitoring.

Ceran has also stripped nearly all of the organisation’s desk phones and replaced them with headsets that work with Skype for Business and the Skype app for mobile phones.

Workloads are being progressively moved to Azure. Customer management systems reach their end-of-life next year and that will trigger the move off the final 10 percent of on-premise systems run by the organisation, which are set to be replaced with the Microsoft Dynamics CRM.

“We have really gone from the dark ages to modern technology,” Ceran said.

The next phase will also see the last desktop PCs shifted out, an upgrade the CIO says is well overdue.

In their place the Cancer Council is rolling out a fleet of Toshiba hybrid tablets and lightweight notebooks running Windows 10. Staff will get either a 13.3 inch Z30 ultrabook or a 12.5 inch Z20T hybrid tablet.

Ceran admits taking the computer off someone’s desk and bringing in a whole suite of new systems and tools at the same time isn’t easy.

“Staff really need to understand the need,” he said.

Part of his change management strategy has been to run “immersion experiences” with selected staff.

The tech team picked one regional site as a pilot location to roll out the full suite of solutions. Then, group by group, it took staff from other regions and the Sydney head office out to see exactly what the new capabilities could do first hand, in the hope they would become advocates for the new approach back in the office.

“It is about demonstrating what is possible, and saying ‘this is what we can do'," Ceran said.

“[Staff] have to understand the need. The last thing you want to do is force them to use technology they’re not confident about.”