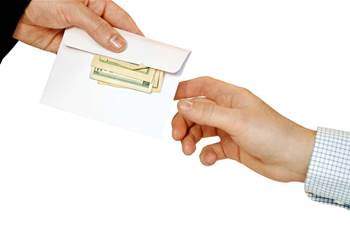 Senior executives in the NSW public service feel vulnerable to corruption due to a lack of understanding of specialist IT contract work, according to the Independent Commission Against Corruption (ICAC).

The Commission released a paper which it hopes will help such executives guard themselves and their organisations against the kind of corrupt practice that can go undetected because of an imbalance in knowledge.

It is an issue that “has come up again and again” in conversations with senior bureaucrats, ICAC's Robert Waldersee told iTnews, and is not without precedent.

In 2011 ICAC found against David Johnson, who exploited his position as a contracted IT project manager at the Department of Education and Training to recruit additional contractors from his own company, and trick the department into paying for services that were instead delivered to his company.

In 2012 it handed down a corrupt verdict against Sydney University IT manager Atilla “Todd” Demiralay, who recruited his own family members and friends to contract roles at the institution through a company owned by himself and his wife.

Contractors could also overestimate the scope of projects to boost their period of employment, or gain the control of intellectual property in a way that makes an agency reliant on their ongoing services, ICAC warned.

“People in senior management roles are not going to be IT specialists, that would be silly,” Waldersee said. “So they are trying to work out what to do with IT projects while this space is rapidly evolving”.

ICAC advised the best response is to tighten project controls. It has drawn out five key “levers” that senior public servants should use to bolster their organisation’s integrity, including:

New IT minister weighs in

He said it is working towards "building the capability of our staff to effectively manage IT projects, contractors and vendors".

The government’s IT Strategy "recognises that accessing the right mix of IT skills and capabilities in the public sector is an integral part of delivering the strategy," he said.

However, Constance indicted that the government would stop short of placing any central restriction on contract hires.

“Individual agencies will consider the most appropriate staffing model, which may include internal staff, contractors or a mix of both, depending on the project needs.”