NSW Board of Studies hunts for chief digital officer 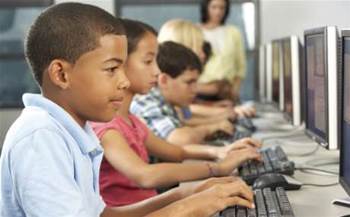 The NSW Board of Studies, Teaching and Educational Standards (BOSTES) has advertised for a new chief digital officer to help it advance the state's school curriculum with the help of digital technologies.

The CDO position has previously been held by Richard Doel-Mackaway, who is on his way to a new role within the agency, but will stick around to help with the transition process for the successful candidate.

The incoming CDO will be responsible for delivering guidance to the agency on how it can use cloud services, online learning, online services and business system efficiencies to support teachers and students in the state.

The BOSTES is the NSW government organisation in charge of the curriculum, state-wide assessment and teaching standards within the public school system.

The new CDO will also be appointed to the project team responsible for the ongoing redevelopment of the organisation’s web presence.

The project, which kicked off in August 2014, will eventually see all of BOSTES websites rebuilt using IBM’s digital experience suite, including WebSphere Portal Server and Web Content Manager, as a standard content management system.

The website redevelopment program, known as Project Web, has already seen the successful overhaul of the of the agency’s intranet.

BOSTES is also eyeing an expanding use of mobile apps to support NSW school students through their statewide assessments. It has already released the HSC Test Yourself and HSC Exam Workbooks apps to Apple and Google Play app stores.

While development of these apps is handled by external developers, the CDO will have input into the overall mobile strategy.

The position is based out of BOSTES’ offices in the Sydney CBD, with applications closing on January 20.