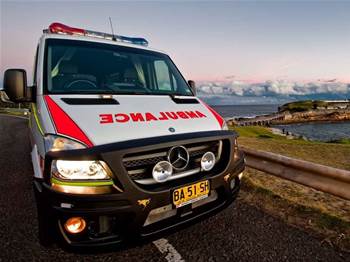 The Ambulance Service of New South Wales has dumped its failing, ten-year-old fleet of satellite phones in a $372,000 upgrade.

This month, the organisation purchased 178 Iridium 9555 satellite phones from mobile telco Pivotel to replace an estimated 130 legacy devices from the same provider.

According to NSW Ambulance Operations Officer Ian Cunningham, workers had been struggling with patchy voice coverage on Pivotel's aging Globalstar satellite network for more than a year.

Both Globalstar and Iridium networks were expected to provide 100 percent coverage of Australian terrain, but as the Globalstar constellation aged, some satellites could no longer amplify voice signals.

"We were using satellite phones on Globalstar for very many years," Cunningham told iTnews. "Due to the loss of voice communications, we had to look for another phone."

"We had been asking to replace the satellite phones and there just wasn't any budget," he said.

"They [workers] would have to look at their phones to see when a working satellite came into range, and then had a two to three minute window to make a call."

Workers found the Iridium devices to be most reliable, and Pivotel sweetened the deal with a handset trade-in offer.

"There have been a lot of upgrades; we do provide some incentive to upgrade by buying back old handsets."

Pivotel counts among its customers State Government emergency services and mining companies such as BHP and Rio Tinto.

Globalstar and Iridium networks each had their strengths, Bolger said, with the latter constellation providing superior voice communications, and Globalstar providing better support for data.

Eight Globalstar satellites have already been replaced, with the remaining 24 to follow later this year, Bolger said.

He expected the refreshed network to provide a stronger, high-speed service for voice and data communications next year.

Meanwhile, it would be another four to five years before NSW Ambulance would require another network upgrade, Bolger said.

Most Iridium 9555 devices have now been rolled out to ambulance workers, who responded positively to the change.

"Ambulance officers are very resilient and they'll use a lot of workarounds to get through network problems," Cunningham said. "Basically, you can walk outside and get a signal now.

"This new and improved satellite system will significantly benefit all our operations ... It will ensure our staff respond faster, that the closest ambulance is dispatched to the scene first and that we can do the best job possible.