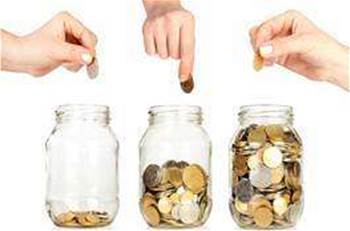 The Ambulance Service of NSW is losing millions in annual revenue as a result of ongoing problems with its new patient billing system, the state’s Auditor-General revealed today.

In his annual report to parliament on the Health cluster [pdf], NSW Auditor-General Grant Hehir today revealed that because ambulance transport records did not completely transfer from the dispatch system to the billing system, the NSW ambulance service failed to collect $3.9 million in revenue for the 2013-14 year.

The agency was owed $99.4 million by patients at the end of June this year, of which $86.2 million is unlikely to be paid, the auditor found.

Cash flow was also affected by the outstanding bills over the period, forcing the service to apply for a $17 million loan for the state government.

Hehir said his office had reported the issues to the service as high risk and needing urgent attention, and were advised that an external review into the effectiveness of the revenue system and patient billing practices was planned for 2014-15 - which Hehir suggested should be completed by March 31 next year.

eHealth NSW also came under the auditor's fire for having half of its IT projects running behind time and for failing to review completed projects. The body - which provides governance for NSW Health’s IT strategy and delivery - was established in July this year when the functions of HealthShare NSW were transferred to the new organisation.

Hehir had recommended last year that HealthShare conduct post-implementation reviews of IT projects but today said nothing had been done.

“Formal post implementation reviews have not been conducted on any completed or substantially completed projects for the past two years,” he said.

He urged the agency to start reviewing completed IT projects as soon as possible in order to assess whether they had achieved their intended outcomes, whether project management practices had been effective, whether the new systems could be further enhanced, and to ascertain any lessons able to be learned.

The auditor recommended eHealth NSW set up a process to ensure completed IT projects are reviewed by June 30 next year.

Hehir also revealed that the highest security threat to the Health cluster was currently weak user and password controls.

In March this year Hehir reported that information security issues accounted for 63 percent of all IT shortcomings across the state government, of which 38 percent related to weak user controls and password parameters - predominantly experienced during new system implementations and periods of organisation change.

Hehir today revealed that information security issues for the Health cluster over 2013-14 accounted for 78 percent of all IT issues.

“The number of user administration process issues increased particularly around timely removal of user access, approval of new user accounts and review of user access levels. This increases the risk of unauthorised access to the financial systems,” he wrote.

He suggested the Health agencies move quickly to improve processes around user administration to prevent unauthorised access to their financial systems.