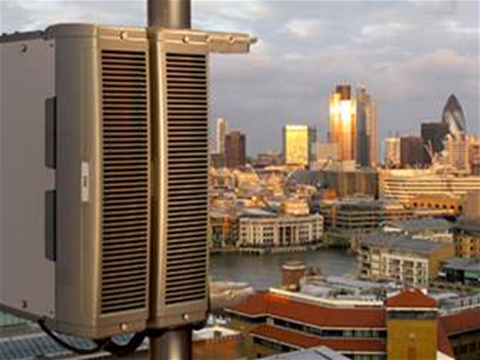 The NSN Flexi Multiradio 10 base station used for the speed trials; source: vendor.

Nokia Soluations and Networks (NSN) claims to have broken the world record on mobile download speeds, hitting 2.6 gigabit/s over a single sector, in trials with US telco Sprint.

NSN and Sprint used commercially available gear and aggregated 120MHz of spectrum for the trial, which utilised time-division technology as opposed to frequency-division.

The 3GPP Long Term Evolution Advanced (LTE-A) specification allows for a maximum of five carriers to be aggregated, for a total of 100MHz of bandwidth.

SK Telecom will aggregate one 20MHz carrier with two 10MHz ones, for a total of 40MHz of bandwidth in the 850 and 1800MHz bands.