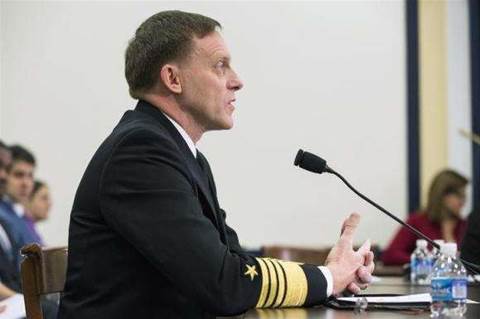 The head of the National Security Agency has refused to comment on reports that the US government implants spyware on hard drives for surveillance purposes.

Responding to multiple reports that the NSA embedded spyware in computers on a vast scale, and, alongside its British counterpart, hacked into the world's biggest manufacturer of SIM cards, NSA director Michael Rogers would say only "we fully comply with the law".

"Clearly I'm not going to get into the specifics of allegations. But the point I would make is, we fully comply with the law," Rogers said at a Washington forum sponsored by the New America thinktank.

Moscow-based security software maker Kaspersky Lab last week said the NSA had figured out how to embed spy software deep within hard drives by Western Digital, Seagate, Toshiba and other top manufacturers, giving the agency the means to eavesdrop on a majority of the world's computers.

Separately, documents provided by former NSA contractor Edward Snowden revealed the US agency and its British counterpart hacked into SIM card producer Gemalto in order to monitor the calls, texts and emails of billions of people.

Rogers, whose agency has come under intense scrutiny since 2013 when Snowden exposed details of its widespread surveillance programs, said he did not have time to "chase every allegation out there".

Even as he declined comment on the reports of aggressive NSA operations, Rogers argued that US intelligence, along with law enforcement agencies, needed the legal means to break strong encryption increasingly built into operating systems such as those of Apple or Google.

"Most of the debate that I've seen has been 'it's all or nothing. It's either total encryption or no encryption at all'," Rogers said.