Northern Territory to give every frontline cop an iPad 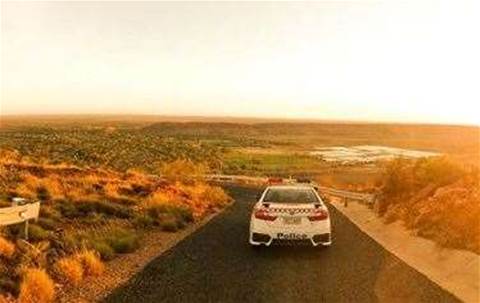 Will the top end becomes first to fully kit out its force?

The Northern Territory Police intends to supply every one of its frontline officers with an iPad by June this year, making it the first police force in Australia to deploy tablet devices on an organisation-wide basis.

Update 20/03/14: Tasmania has revealed that it is confident it will have an Windows tablet to every one of its officers well ahead of the NT's deadline. Read more here.

Acting Commander Sean Parnell of the NT’s frontline capability development command told iTnews the initiative was about minimising the time police waste calling back to base for vehicle checks or stuck indoors completing desk work.

“With the introduction of mobile technology, NT Police will have direct access to job critical information in the field. By providing the ability to access databases in the field, we will improve productivity by reducing the time police officers need to spend back at the station,” he said.

From June, officers will be able to access their work emails and view police databases from the devices, as well as enter limited information related to their day-to-day patrol tasks back into the police systems. Expanded functionality, including e-learning, is slated for future iterations of the solution. 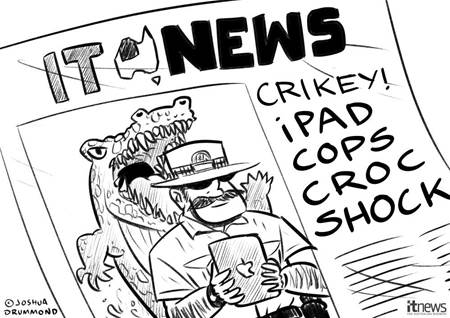 All Australian police forces are grappling with the huge drain on resources that desk-bound officers and radio call-ins create for governments, and most have kicked off some sort of experiment with mobile devices.

The Queensland Police Service has continually topped up the device numbers in its own iPad trial to over 400, and is targeting 1200 by the opening of the Brisbane G20 Summit in November.

The NSW Police Force has estimated that its internally developed traffic infringement notice application could save as many as 240,000 police hours each year, and has trialled the solution across 20 officers.

NT has seized upon the advantage of its small numbers (roughly 1500 including non-frontline staff compared to more than 20,000 in NSW) to pull ahead of the pack and become a test case for the real-life efficiencies that a full tablet deployment can achieve.

The NT Police has been trialling the use of iPads since July last year, with 60 of the devices installed in police cars and 10 handed out to officers across Darwin, Katherine, Tennant Creek and Alice Springs.

Parnell said the decision to go with iPads, rather than tablets running Windows or Android operating systems, was based on the force’s existing investment in Apple devices and associated software.

“However, our future plan is to ensure that we are not limited to any particular device and we are exploring the use of different platforms and devices for future use. Mobility and flexibility are the key issues that will guide our future needs,” he said.

The agency has yet to finalise a budget for what it has described as “significant project”, with a tenders process to secure a supplier currently underway.