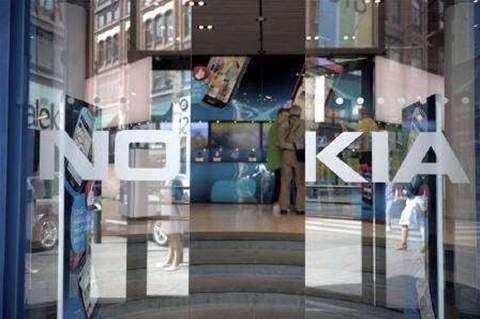 Chief Executive Stephen Elop presented the two new smartphones, the first fruits of his big bet on Microsoft software, to a 3,000-strong audience in London, saying they represented the beginning of a new era for the Finnish giant.

"It's a new dawn for Nokia," Elop said as he unveiled the high-end Lumia 800 and mid-range Lumia 710, which will go on sale in key European markets next month.

In an interview with Reuters, Elop said the world's biggest cellphone maker had transformed itself during his 13-month tenure, which has seen a shake-up of senior management and thousands of lay-offs.

"It is a different company operating on a different clock speed," he said. "The amount of effort and passion and work that's been accomplished that we were able to show off today is the best evidence of that."

Nokia shares, which have halved in value since Elop announced his high-risk partnership with Microsoft and ditched its old software platform in February, were up 3.1 percent at 1323 GMT, outperforming the wider market.

Elop said the new phones' minimalist design and superior navigation features would make them stand out among rival Windows phones, some of which have been faster to market with Microsoft's new Mango mobile platform.

"They're getting back to their roots -- simplicity," he said. "They've stripped out the noise and focused on what people need to communicate, navigate and socialise."

Analysts were positive about the new phones, though they said the first results of the Nokia-Microsoft pairing remained well short of an iPhone killer.

"These devices are a good start, but the reality is that they are pretty much plain vanilla Windows Phone products," said Ben Wood, director of research at UK-based telecoms analysis firm CCS Insight.

"The real fruits of Nokia's and Microsoft's labours will come next year ... but it remains a Herculean task to recapture this lucrative market from Apple and (Google platform) Android."

It also boasts free navigation and Microsoft's new Internet Explorer 9 browser, and will sell for about 420 euros ($US584) excluding taxes and subsidies, putting it in the same bracket as Apple's iPhone and Samsung's top Galaxy phones.

"The Lumia phones do have some strong selling points in their own right ... and they offer a look and feel that's radically different from anything seen previously on a Nokia device," said John Delaney, research director at technology research firm IDC.

Microsoft's mobile platform has a market share of just 2-3 percent, compared with Android's near 50 percent and Apple's 15 percent of the smartphone market.

Analysts and developers said Microsoft's platform was emerging as the third player at a fortuitous time, when Google's planned $US12.5 billion offer for Motorola Mobility was creating uncertainty among other Android phone makers.

"They got really lucky. There is a lot of confusion in the Android marketplace now," said Carolina Milanesi, analyst with technology research firm Gartner.

Elop said it was an open question as to how much disruption the Google-Motorola deal would have, but said any indication of problems should help.

"I think that any confusion or questions in the other ecosystems can be something that can be an advantage to the Windows Phone," Elop told Reuters.

The phones will go on sale in France, Germany, Italy, the Netherlands, Spain and Britain in November, and in Hong Kong, India, Russia, Singapore and Taiwan before the end of the year.

Nokia's third-quarter results beat low expectations, sparking hopes that the company can survive a painful revamp, but smartphone sales still dropped 38 percent from a year ago.

The annual Nokia World media and industry event in London, where the launch took place on Wednesday, includes speakers from the world's largest carriers, China Mobile, Vodafone, Orange and MTN.

(Additional reporting by Terhi Kinnunen in Helsinki; Editing by Erica Billingham, Andrew Callus and Will Waterman)