No body-worn cameras for Qld paramedics 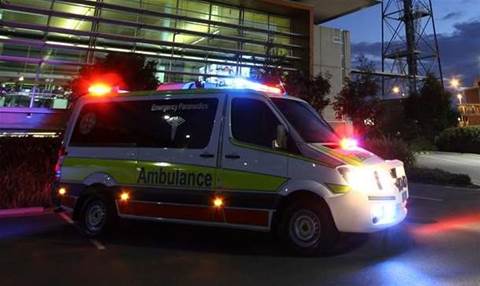 Queensland Health has no plans to equip the state’s paramedics with body-worn video cameras despite serious concerns about increasing violence against ambulance workers, health minister Cameron Dick has revealed.

The Ambulance Service’s stance on the technology is in contrast to its colleagues in the Queensland Police, who are in the midst of a force-wide rollout intended to provide cops evidence gathering benefits while also discouraging violence against officers.

In an answer to a question on notice, the health minister said the technology had been investigated by a paramedic safety taskforce formed to come up with practical strategies to reverse an increase in attacks on ambulance workers, but decided against it.

The government has reported that there were 170 physical attacks on paramedics and officers in 2014-15, and 56 verbal assaults, trending upwards from 160 physical and 33 verbal attacks in the previous 12 months.

It was suggested that the ability to film patients and other people Queensland Ambulance officers come into contact with could inhibit attackers who know their actions are being recorded.

But the taskforce, made up of members of the union plus paramedics and operations centre officers representing the Queensland Ambulance Service, panned the approach over privacy concerns.

“In seeking to identify the latest developments and information on technology to assist frontline officers, I understand the taskforce undertook research and gathered relevant information about on-person wearable technologies, including personal body cameras,” Dick said.

“However, I am advised that the taskforce did not recommend body cameras be further explored as an option to improving paramedic safety, as paramedics were concerned about patient privacy and confidentiality due to the sensitive nature of the work that paramedics do.”

He said the United Voice Queensland union had surveyed its ambulance members in January 2016 and received a similar response from respondents.

Meanwhile, deployments of the cameras are ramping up in law enforcement, with all Australian state police forces at least trialling the technology. Queensland Police has committed to the most ambitious full-force rollout.