No artificial machines at Human Services as it launches "augmented intelligence" 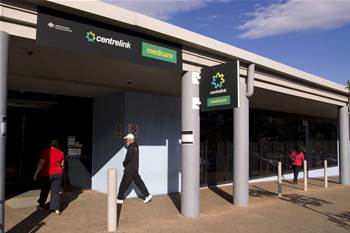 Language shift to dilute perception of bot based redundancies.

Let's just put the glaring plastic surgery synergies to one side, OK.

Already facing backlash over staff cuts and the increasing use of contractors in its call centres, the Department of Human Services has moved to avoid criticism its artificial intelligence efforts will jettison staff from even more work.

At the launch of a new AI Centre of Excellence aimed at keeping the government’s AI efforts “ahead of the curve”, Minister for Human Services and Digital Transformation Michael Keenan flaunted the department's new staff-friendly branding for AI: that's augmented, rather than artificial, intelligence.

Silicon (the computing kind) clearly has its cultural limits. It's not so much a staff nip and tuck; more a productivity uplift.

“Augmented intelligence is not about replacing people with machines, but rather about developing ways to better support our people and further enhance the customer experience for the millions of Australians who rely on our services,” Keenan said opening the centre on Tuesday.

The Canberra-based centre will drive the development and adoption of AI across so that all government agencies can “take full advantage of the benefits”.

It will do this by working with industry and the tertiary sector to “ensure world’s best practice is incorporated into the design of all new systems”, with regulatory or ethical considerations baked in.

DHS is already leading the adoption AI and machine learning across government, deploying five Microsoft Cortana-powered chatbots over the last two year - the latest being a dedicated virtual assistant for myGov.

However the shift in language shows the government's concern with the public's perception of the technology that could hold the key to the department service delivery woes.

It will be looking to avoid a situation where AI solutions become a magnet for the same criticism experienced through the increasing use of Serco contractors in call centres to bring down call wait times, especially against the backdrop of cuts to permanent departmental staff.

This is particularly important as the department attention increasingly turns to digital self service channels and more advanced virtual assistants that offer “formidable service delivery” in order to deal with more customer queries for less.

The term augmented intelligence is also the preferred term for AI by IBM.

This has reduced “the need for DHS clients to have to call us to get a question answered, saving Australians considerable time and also reducing demand on our busy phone lines,” he said.

“The same goes for our staff who can save considerable time by using Roxy to answer their questions quickly and accurately, which ultimately helps to speed up claim processing.”

Digital assistants form a large part of the government’s first digital transformation strategy, released last week, which promises that all government services will be online by 2025.

“In the not too distant future, I envisage that Australians will have access to fully customisable virtual assistants that will be able to speak any language, be able to talk people through each step of an online application form, or even let them know if they are eligible for a benefit without being prompted,” Keenan said.

“It is an exciting future and the work that will be done by the centre of excellence will lay the foundations for these changes to become a reality in the not too distant future.”