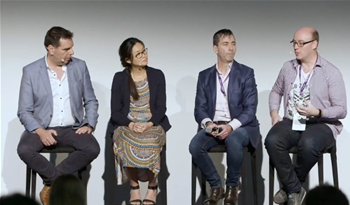 Building composite pictures of customers and their intent.

Nine Entertainment is among a growing number of Australian organisations compiling large stores of personally-identifiable data for commercial purposes.

The media organisation joined the likes of Suncorp, eBay Australia and Ticketek-owned TEG Analytics at the recent Adobe Symposium Australian 2018 discussing the kinds of data they are either buying in or partnering to get at to augment their own data holdings.

Nine’s head of data products Angelo Sinibaldi said the media company is most interested in acquiring personally identifiable (PI) datasets under so-called “second party” arrangements - that is, via partnership.

“We capture a lot of data on audiences that come to our properties on a daily basis but we don’t know everything there is to know about our audiences so we have to buy [in] some data,” Sinibaldi said.

He favoured this data over “third party” datasets which are often aggregated from multiple sources.

“The data partners we looked for had to have PI. Their data asset had to be built on PI, which meant they had population files.”

Sinibaldi argued that datasets that simply attributed preferences or intent to a “cookie or device” were less useful to Nine’s causes.

“If you were coming to me with an unauthenticated database built on cookies and site visitation, that wasn’t good enough,” he said.

“We were all about identity. We know who our customers are, we know reputable data points [about them].

“Our data strategy at Nine is to collect as much PI [as possible and to] share it in a hashed manner to data partners”.

Those data partners are large advertisers. Sinibaldi did not disclose the threshold but said elements of hashed PI data were packaged up and handed to advertisers, assuming they made a large enough financial commitment to Nine’s properties.

“In effect, what we’re doing at Nine is taking a very strategic position to really look after the details and PI data we share with our customers,” Sinibaldi said.

“We will not do anything with data that would jeopardise anything we do as an entertainment business.

“We adopt a strategy of wanting to protect the data we collect on our users and it’s all around reputational damage. If we were to have a data breach with one of our data partners, we know that ... nobody [else] would ever be able to recognise who the people were [in that dataset].”

Sinibaldi said that data is “part of the negotiation” in media spend conversations with advertisers that are over a certain amount.

He said one unnamed “challenger” telco had “in effect quadrupled their media spend across our digital assets” to get at a portion of Nine’s data.

“For this major telco we were able to segment 20 percent of our audience and look at those people who are consuming 9Now on their mobile phone because the telco wanted to target high data users,” Sinibaldi said.

“We discovered that someone who is consuming multiple hours a month on a device or mobile phone is someone a telco wants to actually target.”

Nine was also able to interrogate its data lake - which was built up over the course of a year - to arm the telco with other intelligence that could help its growth objectives.

“We were able to mine that and work out just from IP address who your telephony provider was,” Sinibaldi said, with telco advertiser able to use that data to work out which streaming users were with rival networks.

These kinds of data uses were not typically associated with companies like Nine, and Sinibaldi noted that even the telco had been somewhat surprised at how deeply the media company was able to go.

“The telco didn’t look to us as having that capability,” he added.

While the marketplace collected reams of data worldwide - “over 8 billion rows a day” - Chan noted that “beyond the e-commerce ecosystem, we actually don’t know who you are”.

In addition, Chan said that in order to grow its user base - which is already relatively high - the company had to buy in other datasets.

“It is hard to find [data] partners that can provide incremental scale to our [business] but we’ve just invested in real estate data, for example,” she said.

“We wanted to identify who Australians were [that are] moving house so they can sell their washing machine or fridge [on the site].

“We wouldn’t have been able to do that unless we had invested in real estate data. We can infer [certain things] from a delivery address or certain aspects of where you live compared to where you deliver a product, but we really needed to invest in a second party data set to get the accuracy.”

Similarly to Nine, Chan saw less value in buying third party data, though she noted that even the second party real estate source came with its own challenges.

“The third party data providers have huge scale but there’s no accuracy. They are black box, there’s no transparency, and you don’t know how they’ve built their audiences,” she said.

“I recently did a test on my user ID when I mapped to a third party provider and I was an auto enthusiast when I don’t have a car, and I was also a home and garden lover even though I live in an apartment. It was really interesting to see the accuracy of third party data.

“And with second party data providers, even though the real estate data that we invested in was really accurate, there was no scale.

“That’s the experience we’ve had so far.”

Chan noted that before considering bringing in second or third party datasets, it was important to “understand your [own] dataset” to accurately determine what incremental value other data could add.

For eBay, that has meant an internal project aimed at consolidating all the different ways a single customer is identified in its systems. For example, a user can be identified by a past purchase, session IDs, device IDs and email IDs from log-ons.

“All of those IDs communicate a different story with each channel,” she said.

“What that meant was when we’re trying to personalise and understand a customer’s journey it was really hard to unify and tie all these into one identifier.”

Chan said that eBay’s US engineering teams had architected a way to establish a single identifier that could be translated across the company’s systems - and this had aided Chan’s own work in augmenting what eBay knew about customers with extra information from other sources.

“Fincorps are going to have a high number of customers and multiple brands. When you think about it, depending on the strategy you’re looking to achieve, you may know a lot about your customers, but if you need to acquire new customers to grow your business, you don’t have data on the customers you don’t have, so there’s a blind spot there for us,” he said.

Goodes also noted that sometimes external data could be used for experimentation where Suncorp did not have license to use its own data.

“Privacy being very important, there are many scenarios where it’s not right for us to use our customer data in particular ways,” he said.

“But there’s plenty of opportunities to plug those blind spots by partnering up with other companies out in the industry.”

While he acknowledged the differences between second and third party sourced data, he saw a place for both types, and believed the provenance and accuracy of third party data would only improve in future.

“I think whilst there might be that unknown elephant in the room around third party data, as we get smarter about tracing where that comes from, who knows what other things might come to light [from it],” he said.

“However, you are going to be protected a little more if you have a second party data relationship.”