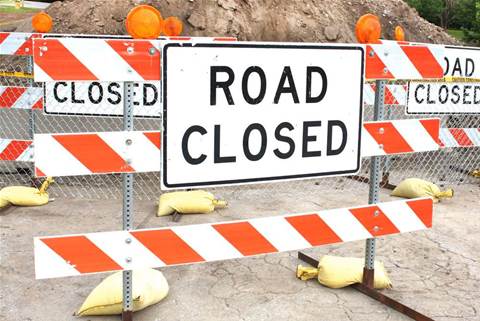 This is how they know how long your delay will be.

Melbourne drivers grizzling about the full-time closure of the Domain and Burnley cross-city tunnels over Christmas have a nifty bluetooth-based solution to thank for the fact that at least they knew exactly how much longer their journey would take.

Facing the need to conduct periodic maintenance on thetwo  underground roadways, VicRoads this year decided to rip the band-aid off in one go and fully close the Domain and Burnley tunnels for five days each over the Christmas break, as an alternative to partial closures spanning 19 consecutive weekends.

In an effort to minimise the pain felt by affected drivers, however, the roads department decided to trial BlipTrack, a Danish traffic measurement solution installed in Australia by Austraffic, to measure the extra time needed for the alternative route.

“This was a massive closure that hadn’t been done before, so we really needed better intelligence,” VicRoads’ director of road operations Dean Zabrieszach told iTnews.

Less than a fortnight after being given the green light the team had installed sensors at three locations along the alternative Melbourne route which collected and mapped bluetooth signals from in-car devices and calculated by-the-minute averages of the extra time that commuters would need to factor into their journeys.

Sensors positioned at 30 km intervals along the West Gate Freeway picked up the unique identifiers of any bluetooth emitting devices travelling past, data which was then encrypted and matched to that of the neighbouring sensors to come up with an average journey time for every 30-40 cars that passed between.

The bright side for Zabrieszach was that he could inform the media and the public that instead of an estimated 45 minute increase in travel time, trips were taking drivers no more than 25 minutes extra.

“Every time someone from VicRoads published advice or spoke to the media, we could give up to date travel time estimates,” he said.

“We were able to tell the public in no uncertain terms how much longer the drive would take. The upside is that we were able to show that the delay was not out of this world - and if they  chose to take the alternative route we a have set out they could plan in advance.”

With the help of the state’s privacy commissioner, the VicRoads team were also able to make sure that all of the raw data was encrypted and them wholly disposed of within hours, once it was no longer useful.

As of tomorrow, when the Burnley tunnel is re-opened, the system will no-longer be needed, but Zabrieszach said he has already fielded interest from other areas of the Victorian government about the solution now that it has been through such a high profile test.