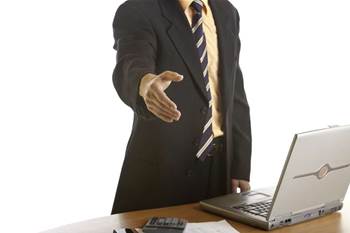 Research organisation NICTA has inked a growing number of consulting contracts with Australian enterprises in its ongoing bid to bring technology from academia to the market.

NICTA formed in 2002 with Government funding and has so far spun out 11 companies, a majority of which work to commercialise NICTA’s hardware or software inventions.

But it's consulting that has contributed the most growth to NICTA’s revenue stream in the past two years. In 2011, the organisation signed 56 new contracts and technology licenses.

NICTA now expects contract revenues to rise to $10.3 million in the 2014 financial year, representing about 15 percent of total revenue.

NICTA chief executive officer Hugh Durrant-Whyte told iTnews this week that it had “many tens” of research consulting services contracts currently – “four or five times” the number it had two years ago.

Its partners include resources companies, the Commonwealth Bank, DB Schenker and Sydney Water, with NICTA staff tending to focus on high-end research in the areas of computer vision, networks, optimisation, software systems, control and signal processing, and machine learning.

NICTA's Hadoop research with CommBank, for example, could allow the bank to analyse individual customers' transactions to offer personalised loans and credit card accounts based on their habits.

He noted that some consulting deals may generate more value than having researchers spin off a start-up company, highlighting, for example, the millions that might be saved by optimising processes for mining giants.

“Spinning out a new company is only one way of getting technology out there … [and] you don’t know a priori what work is going to be spin-outable,” Durrant-Whyte noted.

“I tell our researchers, ‘I don’t really mind how you do it, as long as at the end you become rich and famous’.”

In its 2009 Powering Ideas report, the Federal Government called for researchers, businesses and governments to work together to commercialise and extract more value from new ideas and technologies.

The report warned at the time that too many Australian inventions and discoveries ended up being commercialised overseas, "where the value they create is captured by others".