NICTA CEO resigns over clash with board 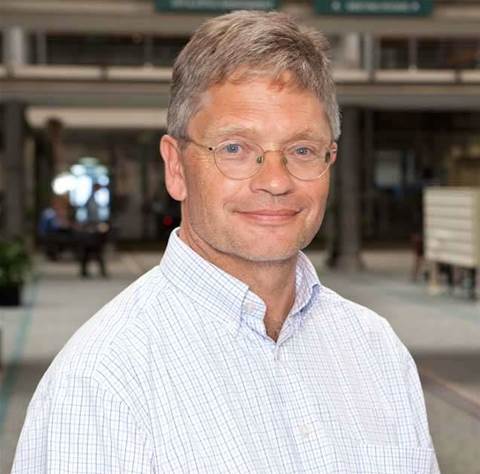 Failure to agree on strategy for cash-poor organisation.

The head of National ICT Australia will step down from his role after failing to agree with the organisation's board over ﻿how to secure its future beyond 2016.

Hugh Durrant-Whyte has served as NICTA's CEO since December 2010. He will depart the organisation early next year after assisting with the transition to a new, as yet unappointed CEO.

His resignation comes as the result of a failure between the CEO and NICTA's board to agree on how to ensure the agency's survival after its last batch of federal funding of $84.9 million runs out in 2016.

NICTA was told as part of the federal government's budget that it would need to stand on its own feet after June 2016. Communications Minister Malcolm Turnbull argued NICTA's "rapid growth in commercial revenue through partnerships" meant it could draw funding from a wider range of sources.

The agency - which was established in 2002 to commercialise IT R&D - also lost its funding from the Victorian Government earlier this year in response to an apparent NSW bias, which forced it to cut half of all lab staff in the state.

NICTA was earning around 15 percent of its total funding from revenue generated from private sector partnerships such as with the Commonwealth Bank, DB Schenker, the Department of Defence and Sydney Water this time last year.

Last year the Government predicted it would earn around $11 million in commercial revenue in the current fiscal year - leaving it with a $25-$30 million annual shortfall in its current state once the federal funding runs out.

"Professor Durrant-Whyte and the Board of NICTA had differences of opinion regarding the strategies and governance structures required to secure the medium and long term future of the organisation," a media release on the CEO's departure explained.

"These differences were unlikely to be resolved. They centred on the role of the CEO and the Board in determining alternatives for the future of the organisation beyond June 2016."

NICTA chairman Neville Stevens said in the statement Durrant-Whyte had made an "enormous contribution" to the organisation in his four years at its helm.

“Under Hugh’s leadership, NICTA has continued to grow its research excellence and is internationally recognised as one of the premier ICT research centres in the world," Stevens said.

"Equally, Hugh has made great strides in linking that research excellence with business to produce wealth for Australia.”

Duane Zitzner, a member of NICTA’s international business advisory group and a former executive vice president at HP, will serve as interim CEO until a permanent replacement is appointed.